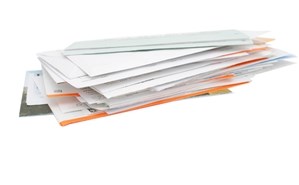 Mobile payments are an emerging technology, and it appears as though they made a big splash in 2013. According to Fiserv's 2013 Billing Household Survey, mobile bill payment usage doubled from 8 million households in the United States in 2012 to 16 million in 2013.

The majority of the growth was driven by smartphone users, with a 150 percent increase between 2012 and 2013 among this group. The main reasons people cited for paying bills with their smartphones were convenience, anytime access and time savings. However, there is still a ways to go before this method becomes the main option for bill payment, and younger Americans seem more open to mobile technologies.

"While new bill payment channels such as mobile and tablet are coming on strong, traditional channels remain in use, creating a need for billers to support an ever-growing set of billing and payments, channels and payment types," said Jardon Bouska, division president of Biller Solutions at Fiserv. "Americans, particularly Gen Y, are hungry for multiple options for digital bill presentment and payment."

With more than 50 percent of Americans owning a smartphone, according to the Pew Internet & American Life Project, short term lenders and other financial institutions would be wise to begin offering mobile billing. This type of convenience could be just what is needed to improve client retention.

Another reason for banks and lenders to adopt mobile billing is to keep up with the competition. Other institutions are sure to catch on to the trend, with the amount of people owning a smartphone growing every year. Therefore, those that resist change could risk losing customers to other banks, which is bad for business.