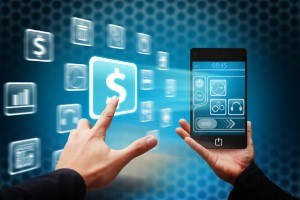 By aspiring to be the leader in mobile payments, startup firm LevelUp is hoping to meet - and eventually surpass - its principal rival, Square, as businesses and consumers increasingly pay bills and shop online with ACH cards, debit and credit card payments through their smartphones.

Boston-based LevelUp is a loyalty program that offers rewards and special deals with its payments service. The company currently has 500, 000 users and handles $5 million in payments each month, according to Gigaom.com. But 2013 could push the startup to the next level, as it hopes to be turning a profit by year's end.

The website reports that a number of steps have been taken recently to make sure that happens. LevelUp partners with top point-of-sale makers (POS) such as Micros, Positouch and Dinerware POS Systems. The three together cover nearly one-third of all POS systems.

It has incorporated near field communication technology, a standard for smartphones and other mobile devices that establishes radio communication for mobile payments and data exchanges, alongside QR codes. That allows payments to be made with a simple tap of the phone.

One of LevelUp's strategies is to widen its reach for new customers by tapping into merchants' existing hardware or use its own dock for swiping cards. In this way, it works with manufacturers, carriers and developers who can build on top of the operating system.

"We aren't the POS - we work with POS makers. We are the payment method but we’re not the processer on the back end," Seth Priebatsch, the company's top executive, told Gigaom. "We're trying to be Android, so we can partner with everyone."

Earlier this year, LevelUp took an unprecedented step that signaled its seriousness to compete with larger, better established competitors. The firm discontinued processing fees charged to merchants who use LevelUp's system, rather than just lowering the transaction costs as some payments companies have done. As a result, its profits will come only from special offers and loyalty rewards.

Priebatsch told the website that LevelUp is also working with First Trade Union Bank to include its payment services in a new mobile banking application, which will become available by early next year.  The partnership will allow First Trade customers to pay about 4,000 merchants by phone and receive exclusive offers. It's the first time that LevelUp is powering mobile payments for a bank.