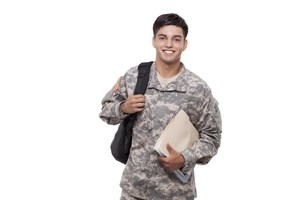 As of 2014, there were nearly 1.4 million active personnel serving in the United States military, and an additional 1.1 million reserve members - 2.5 million Americans, all told, who have volunteered to risk their lives in order to defend their country.

In recognition of this dedication and sacrifice, these servicemen and servicewomen are entitled to certain protections and advantages. The Military Lending Act is among the most important pieces of legislation in this regard. Originally passed in 2006, the MLA was specifically geared toward ensuring that military personnel cannot be targeted by predatory lenders, setting a 36 percent cap on APR for consumer loans to these individuals. In 2015, the Department of Defense issued a final rule to amend the MLA, further expanding its protections.

All of this is laudable and worthy of support. However, a recent DOD decision regarding the MLA - and, more specifically, access to the DOD's military personnel database - threatens to undermine much of the good that the MLA intends to achieve. By limiting API access to this database to only the big 3 credit bureaus, the DOD creates serious obstacles and complications for not just the country's military service personnel, but also countless American businesses.

Automation and access
By October 3, 2016, all FDIC-supervised institutions and a broad range of creditors will need to comply with the latest MLA rule. This applies to lenders offering short-term loans, auto title loans, credit cards, installment loans, private student loans and more.

In order to achieve compliance, businesses offering anyone in the military credit services of these types need a means of verifying that individuals are in fact members of one of the nation's armed forces. In the past, most companies relied on applications asking "Are you currently an active member of the Military?" but the Consumer Finance Protection Bureau will likely soon refuse to accept this practice. Instead, lenders will need to take more thorough, official steps to ensure that individuals are indeed service members.

To this end, credit reporting agencies need direct access to the DOD's military personnel database via API. This way, businesses using those CRAs' services will have an automated system in place for verifying military personnel and complying with the MLA's new rule.

Unfortunately, though, the DOD recently decided that it would offer direct access only to the three major CRAs, shutting out all nontraditional and alternative credit score providers. That's a major problem for businesses and military personnel alike.

Credit invisibility and the military
The reason why limiting access to the big 3 CRAs is such an issue is because of how many people in the United States have invisible or limited credit - including military personnel. According to research from the CFPB, 26 million U.S. consumers did not have credit records at all in 2010, and a further 19 million had credit records which were either too limited or outdated to generate a traditional FICO credit score.

What's more, the lack of a traditional credit score is closely linked to youth - the study found that nearly 45 percent of Americans with invisible or limited credit were between the ages of 18 and 29. Considering that nearly half of all active duty military personnel are aged 25 or younger, there is undoubtedly a great deal of overlap between these two groups.

This does not mean that young consumers (and military personnel in particular) without strong traditional credit are financially unreliable or irresponsible. The fact of the matter is that FICO scores only take into account a very limited view of a person's financial history, factoring in only credit cards, personal loan, mortgage and car loan payments. This overlooks many other indicators of a person's credit worthiness, such as bank accounts and regular payments for rent, utilities, cable and Internet services, and insurance.

In order to provide services to people without traditional credit scores, a large and growing number of American businesses are turning to nontraditional credit providers such as Microbilt. Microbilt empowers businesses to gain a more complete picture of consumers' credit worthiness, expanding their services to low-risk consumers with low traditional credit ratings - a group which inevitably includes many American military members, who may not be able to build up their credit while deployed or on active-duty in the ways civilians can.

The end result of all of this is that businesses relying on Microbilt and other nontraditional credit providers will not be able to comply with the MLA if API access to the DOD military personnel database is limited to the big 3 credit bureaus. They will have to choose between limiting their offerings to those individuals with excellent FICO ratings - thereby excluding many valuable customers, including military members - or run the risk of failing to effectively verify customers' military status.

The best - and, indeed, only - way to avoid creating such a difficult conflict for American business owners and maximize the availability of military credit services is to enable that nontraditional CRAs like Microbilt to have equal access to the DOD military personnel database.