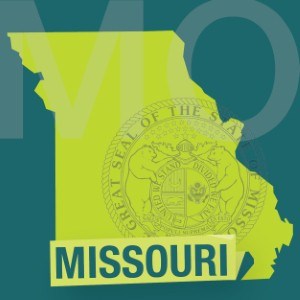 To change the laws surrounding any industry, petitioners often have to make sure the question appears on an election ballot. Voters then declare their opinion, which may change the way certain strategies are undertaken. However, this tactic will not be pursued in Missouri in November regarding the amount individuals can borrow from short term lenders. Backers of a petition that would place a cap on the amount that can be borrowed from short term lenders recently decided to give up the fight. Despite the controversies surrounding the ballot question, supporters may have to wait until the next election cycle to revisit the issue. Limit not allowed on ballot Two groups that had shown support for the "Cap the Rate" initiative, Give Missourians a Raise and Missourians for Responsible Lending, dropped the push for making it onto the November ballot during the first week of September after much opposition from those who wanted more borrowing options. The law would have capped interest rates and other fees at 36 percent annually, the Saint Louis Post-Dispatch reported.. "It became clear that the short term industry and their allies...were going to run out the clock before the late September deadline for getting on the ballot," the spokesman of both groups Sean Nicholson conceded to the newspaper. Past issues with the proposal For many, the abandoning of the potential law comes as no surprise, considering the problems that have surrounded the question. According to the Post-Dispatch, Missouri Secretary of State Robin Carnahan rejected the petition in August, explaining the question did not have the requisite number of signatures of registered voters. Supporters had initially indicated they would ensure the validity of each voter. According to the Associated Press, non-profit groups filed lawsuits in mid-August after Carnahan found fault with the signatures present. Many backers of the ballot initiative said some valid signatures were not counted in support of two separate potential bills, the one revolving around interest caps and another that would have increased the state's minimum wage. The AP detailed the potential short term loan bill needed 5 percent of signatures from the votes in the 2008 governor's election to make an appearance on the 2012 ballot, which equaled between 91,818 and 99,600. The current question was found to be 270 signatures short, primarily in Missouri's 1st Congressional District, the AP reported.
Short Term Financing