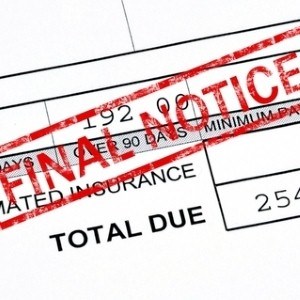 While utilities debt is not often as frequently publicized as student loan debt, overdue medical bills or past due credit card payments, it is still a major problem for many Americans. And in colder climates, being in debt to utility providers could be life-threatening in the winter months. In Duluth, Minnesota, overdue utility accounts are a large problem every year. The Duluth News Tribune explained that 2012 is a record year, however, with the frequency of public utility accounts at least 90 days overdue riding 11.2 percent since March 2010. The source also noted as of March 2012, the average customer has an overdue balance of $372. However, the city does not take any action on accounts until April 15. Under Minnesota statutes, Chapter 216B, commonly referred to as the Cold Weather Rule, citizens can contact their utilities provider and express that they need an exemption from their heat being turned off between October 15 and April 15. The statute details that natural gas and electric utilities are covered under the law, while delivered fuels are not. The Duluth News Tribune reported that the city usually does not work with a debt recovery service, instead opting to write off some debt as uncollectible. As of March 7, the source said, Duluth's 20 largest debtors owed the city over $102,800. Government administrators facing vast amounts of overdue public debt may want to consider changing their tactics if attempts to rectify the situation are not made and consulting debt collectors.
Debt Collections