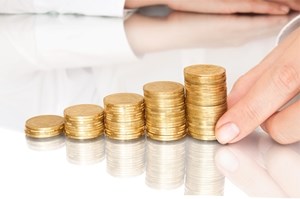 Microlending companies may be the alternative credit outlets to boost the United States and global economy over the next several years, according to sources. The New York Times and The Washington Times say such outlets are allowing businesses to reach out to hopeful entrepreneurs in various ways.

Micro-lending is a major business

In Boston, Massachusetts, the Boston Beer Company found a way to stimulate local business and empower individuals with big ideas but little money to support them by pairing up with a micro-lending company in their "Brewing the American Dream" seminar, according to The New York Times. The program, the source says, is somewhat of a micro-sized endeavor - food industry beginners attend 20-minute speed sessions with the organization's associates to improve their efforts in moving their small companies toward independence.

Another U.S. micro-lending business, Kiva, began by facilitating small loans to entrepreneurs in third-world countries, but The Washington Times reports the company moved its sights to locations in the States after receiving an extensive amount of domestic demand.

"We started KIVA in Uganda in 2005," Kiva co-founder and CEO Matt Flannery told the source. "In the last few years, people began asking 'why don't you do this in my neighborhood?'"

Kiva responded at the start of this year by partnering with Capital One. The joint venture will touch the Washington, D.C., area primarily according to The Washington Times.

Helping hands bring in equally positive profits
The efforts by the Boston Brewing Company and Kiva are two examples of micro-lending as an important form of alternative credit for new business owners, and they shine a positive light that is crucial in today's market, where doing good for the community is a high priority, according to The New York Times.

Cause Marketing Forum founder and president David Hessekiel says companies that get involved in projects that aim to positively impact the community make much more headway than those that ignore social issues.

"How you improve the American economy and create jobs is on everybody's minds these days," he told The New York Times. "Companies know that it's on the minds of their consumers, and they want to be seen as part of the solution, not as the enemy."

Currently, most loans awarded through KIVA.org fall anywhere from $5,000 to $10,000, The Washington Times details. The source reports that in the lenders' best interest, minimal interest rates are applied through the company.