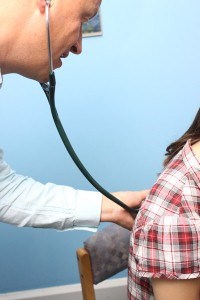 After identity theft occurs based on stolen medical data, individuals often find  out their personal information was stolen when they try to open a new line of credit, view medical records or are approached by a debt collection agent. However, these victims may not be someone who has recently received health care, but the doctor who performed the service. With increasing frequency, hackers are targeting doctors in their identity thefts. The professionals can sometimes have both their finances and practices at stake after their credentials were stolen. Recovering after theft can be next to impossible According to American Medical News, medical identity theft is on the rise for both patients and doctors. The source said doctors are in a particularly tough position, as they would be affected by both types of crime. If their credentials are stolen, it can take years to clear the professional’s name, as the criminal can make false insurance claims to receive money. Moreover, the American Medical News explained, when an individual’s personal information is compromised they often lose faith in their doctor and the physician can face charges from potentially violating the Health Insurance Portability and Accountability Act by not protecting data. After someone’s identity has been stolen, the source noted, citing Ponemon data, the average person has to spend around $22,000 to clear their name and reestablish finances.  This can be worse for doctors, who have to make sure their patients’ information is secure, as well as their own, and must also clear their credentials. American Medical News explained remaining vigilant can help guard against future cases of medical identity thefts. The source suggested doctors teach their clients best practices, which includes checking records regularly to make sure not unauthorized procedures have been performed. Others can help lessen damage Once identity thieves access an individual’s personal data, they have a bevy of options available to them. As such, fraudulent medical charges are often not the only way they steal from victims. Short term lenders need to be aware that after someone’s medical data has been stolen, the criminals may try to open a line of credit to obtain fast cash. There are a number of lines of defense these companies can invest in. For instance, Microbilt offers the ID Authenticate product, which allows lenders to validate a form of identification and allows the user to see where the person’s social security card was issues, which countries the individual has lived and vehicles the person has own, among other data.
ID Verification