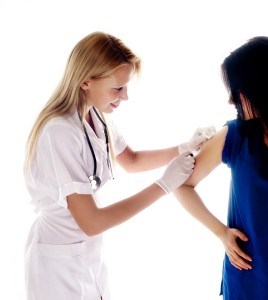 Minnesota attorney general Lori Swanson has been waging a battle against Chicago-based medical bill debt collector Accretive Health for what she believes to be controversial collection practices, The New York Times reports. Due to the declining economic landscape, more hospitals have had to alter their collections tactics. However, according to documents released by Swanson, some Accretive employees may take liberties with their collection efforts that fall beyond merely asking for payment, instead turning into what the news source calls "bedside pressure." Accretive debt collectors are allegedly instructed to enter emergency rooms and demand payment before patients receive treatment, or at times discourage them from seeking emergency care at all. If they don't have a credit or debit card on their person, Accretive employees are reportedly told to say "If you have your checkbook in your car I will be happy to wait for you," the news source reports. Collectors also sometimes used threats or were given access to sensitive patient health information, which may be in violation of federal privacy laws. While Accretive does have contracts with two Minnesota hospitals, it also works with larger institutions like the Henry Ford Health System in Michigan and Intermountain Healthcare in Utah. "I have every reason to believe that what they are doing in Minnesota is simply company practice," Swanson said in an interview, as quoted by the media outlet. The Chicago-based firm has admitted that it trains its staff to obtain payment through revenue cycle operations, while documents state it fosters a pressurized collection environment. Employees would allegedly hold daily meetings in the Minnesota hospitals and award collectors who had the highest tallies with gift cards. Those who were falling behind would be threatened with their jobs. Accretive does have its backers, though. Given its Chicago roots, the city's mayor, Rahm Emanuel, has spoken out about Swanson's allegations, asking her in a letter to "back off" her probe of the debt collector's practices, Forbes reports. Emanuel didn't address the allegations of Accretive's tactics in the letter, but stated that Swanson has been attempting to "publicly prosecute" the firm. This, despite the fact that Swanson and Accretive managers have yet to meet to discuss the allegations. "Accretive Health is a Chicago-based company that does important work for hospitals and good things for Chicago," Emanuel wrote, quoted by the media outlet. He also added that thanks to Accretive, more than 250,000 people who were previously uninsured now have health insurance.