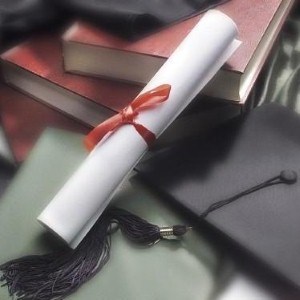 Massachusetts is known nationwide as a state big on post-secondary education. With hundreds of colleges, it it not surprising that many Bay State citizens have had to take out loans to fund their education, some of whom have had to communicate with a debt recovery service when payments became overwhelming. According to the Boston Business Journal, many graduates from Massachusetts institutions fall on either side of the spectrum - they either have low or very high default rates. The source explained that Stonehill College and Massachusetts Institute of Technology students had the nation's lowest default statistics in 2009. Universities including Harvard, Brandeis, Hampshire College and Babson College all had overdue payment rates of less than 0.5 percent, if not less, the source reported. However, many graduates from Berklee College of Music, Salem State University, Mount Ida College and Anna Maria College did not fare well while trying to pay off loans, and post some of the highest instances of default. The heads of various universities in Massachusetts cited different reasons for the large amount of missed payments by their graduates. An unidentified Salem State spokeswoman told the Boston Business Journal the lack of state funding for public universities often results in higher fees and tuition, which adversely affects students and parents trying to keep up with payments. Mary Lou Retelle of Anna Maria and Frank Mullen at Berklee blamed the uncertain economic environment for the frequency of defaults. According to the Huffington Post, the debt collection industry may be affected by the legislation Massachusetts Attorney General Martha Coakley has installed. Coakley first spoke about the necessity to create restrictions on the sector in 2011, the source reported, and announced the final products in April. The new regulations include various laws on what agents are allowed to do when attempting to establish contact with someone who has missed payments rightfully due to lenders. For example, in the Bay State, collectors are limited to calling borrowers two times per week, limited to visiting the home of such an individual to once a month and must provide more stringent proof that the debt is in fact owed. Coakley announced the government wanted to revolutionize the way debt collectors undertake their duties because of evolving technology, according to the Huffington Post, and to change the laws to parallel similar laws in other states, to make the process easier on both consumers and professional attempting to recover a sum.
Debt Collections