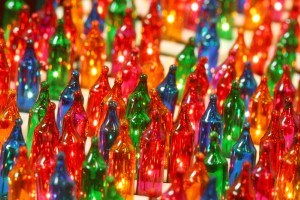 Many consumers are aware that when facing tough financial times, they can turn to short term lenders for their cash needs. Many choose car title loans, which can be taken out against the value of their car, using the title as collateral. However, there are still people who aren't aware that these loan options exist. But because of certain regulations regarding the way lenders can market themselves and where they can be located, many have had to come up with nontraditional ways of advertising their services. Lender choosing to stand out from the crowd One company in Lake Wylie, South Carolina, recently got creative in appealing to customers. According to the Lake Wylie Pilot, Automoney Title Loans, which opened during the week of August 13, decided to paint the exterior of the business in the hopes of becoming more noticeable. The storefront location has been painted a bright yellow, with fluorescent green trim and a green roof, to match company colors. Moreover, the source reported the business signs are extremely close to the road, allowing passersby to recognize the lender from a distance. However, the Pilot noted, many consumers with residences in the area are protesting the move, saying that the hues are unattractive. While zoning committees are usually concerned with the locations of the companies, Lake Wylie residents are looking into their options when it comes to installing color tone ordinances, according to the newspaper. Automoney manager Matt Steenson told the Pilot that despite some bad press, the company has seen a measure of good buzz. He explained that the coloring helps loyal patrons identify the lender, as 40 other locations in South Carolina have similar hues and operate without issue. "It obviously got your attention to get you to come in here to talk about it," Steenson told the Pilot. "For somebody that's looking for a loan, it'll get their attention too." Other lenders use different strategies Another tactic being used with more frequency is the celebrity endorsement. While Time Magazine reported Montel Williams has spoken on behalf of MoneyMutual for sometime, the latest notable person to get in on the action is "Octomom" Nadya Suleman. Suleman is marketing the new short term lending site Octoloan.com. She is attempting to bring more traffic to the online lender by mentioning the company in her new dance track "Sexy Party," which has been leaked online, according to The Hollywood Gossip.
Short Term Financing