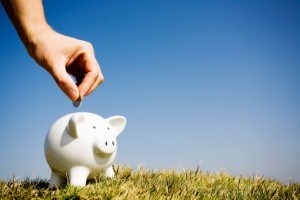 A survey to appear in Yahoo! Finance and Fitness Magazine's April edition attempted to get a feel for how financially fit consumers are in their approach to money. Other factors measured in the survey included how much money people have left over after bills are paid, and which celebrities they believed make more money than they deserve. "Results suggest that while consumers are still struggling in their day-to-day money matters, they are also growing more financially savvy," explains The Huffington Post. Researchers found that nearly four out of 10 (38 percent) consumers have just enough money to pay their monthly bills, with "little-to-no cushion" left over for financial emergencies or leisure activities. What's more, 13 percent said they were "stretched thin" and behind on bills, 9 percent said they were "up to their ears" in debt, while 29 percent stated they had enough money to pay everything off. “It's very shocking to see how many people are yet to get their finances under control," said Mark Pearson, chairman of CouponCodes4u.com. "In a time where prices are rising, I can't believe so many people still haven't sorted out their finances.” When asked about how they plan to use their funds, 63 percent of respondents said they'd rather indulge in a weekly dinner out than a gym class, although the percentages skew in the opposite direction as the age of respondents decreases. Also, it was found that those polled are more likely to be frugal with their tax returns this year. Forty-two percent of adults said they plan to use their returns to pay bills, while 32 percent will put the money in savings. Just 11 percent said they planned to splurge. Females were also asked celebrity-specific questions, such as "would you rather have Jennifer Aniston's body or win $10,000?" If this was 2004. and "Friends" was still in its heyday maybe the answers would be different, but 82 percent of respondents said they'd rather take the money, pointing to the importance of financial security over physical aesthetics. When it came to credit scores, The Huffington Post cited a recent study from CreditKarma.com, which found that people are becoming better at paying off their debts, most likely due to the threat of being subjected to a debt collection service and a lower consumer credit score. Specifically, credit card debt decreased 15 percent since March 2011, with the average debt amount at $6,105. However, the average credit score is still considered poor, at 659.
Alternative Consumer Credit Data