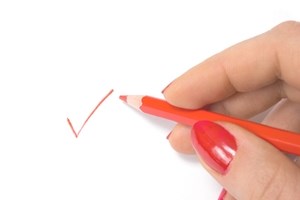 Background screening has been a hot topic in the national media in recent months, especially because of major news stories regarding either erroneous, abusive or negligent actions taken by employers during the on-boarding process. This has led to an increase in legislation on the state level, with many areas creating and passing new laws regarding the best practices and requirements of background checks.

While background screening processes need to be conducted to protect employees and customers, failing to meet the legal requirements of such actions can lead to damaging lawsuits from applicants or advocacy groups. In some instances, making one wrong move in a background check can cost a company its reputation, as well as large sums of money.

Man fights back against employer

The West Virginia Record recently reported that a man, Stephen Drew, filed a complaint and is now suing Energy Future Holdings Corporation for conducting what he believed to be an inaccurate background check. As the screening process led to the rescinding of the job offer, the man is taking legal action because he believes the employer was inaccurate and negligent in their background check processes.

According to the news provider, Drew had completed a deferred sentence in 2003 following criminal charges in a Montana county, where the plea was stricken and charges dismissed following the action of the court. In accordance with the Montana Code of Criminal Procedure, the court made the associated information confidential and could only be provided if a court order demanded it.

The case became more complex when the company allegedly wouldn't provide the information from the criminal background check it had conducted that led to the rescinded offer. The source explained that this was after Drew had already provided the company with proof that his charges had been dismissed. The West Virginia Record added that the company refused to reissue the offer once the air was cleared, leading Drew to take the legal action.

Avoiding such legal actions
This case, as well as many others, illustrates the importance of conducting adequate, lawful and accurate background checks for all applicants. Businesses need to become educated in the laws pertaining to background screening prior to creating internal policies associated with the responsibility. When in doubt, companies can employ the help of a third-party service provider for their background screening needs, as this will keep them away from potentially damaging legal actions.