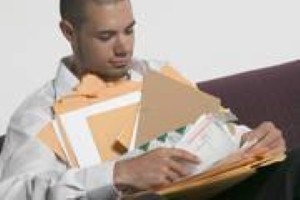 A Pennsylvania man was recently charged with eight counts of mail fraud and five counts of aggravated identity theft following an attempt to defraud more than 1,000 people, the Westmoreland Times reports. David Ballard stole information such as names, addresses, dates of birth and Social Security numbers from 1,300 people and used it to purchase expensive items such as electronic equipment over the internet. Ballard would have the items shipped to his victims' only to intercept the shipments mid-transaction prior to reaching their homes. In total, Ballard purchased more than $55,000 worth of equipment with fraudulent identity authentication. He faces up to 170 years in prison if convicted.  In addition, he must serve a minimum of two years, with a three-year supervised probation following his release. He may also be fined up to $3.25 million, with a $1,300 special assessment. WTMJ-TV notes that identity theft is on the rise, especially with regard to children. Reports from cyber watchdog group All Clear ID indicate that anywhere from 140,000 to 400,000 kids are victims of ID theft annually.