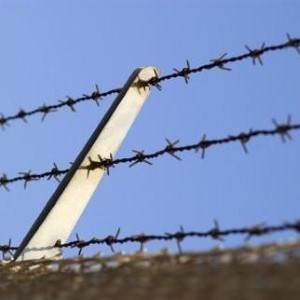 A St. Louis, Missouri, man was recently sentenced to 57 months in federal prison for access device fraud and aggravated identify theft. Miltiano Trevaris Johnson pleaded guilty in June, and was placed on a three-year term of supervised release after serving his sentence. He must also pay restitution to all 19 victims of his actions. Trevaris committed his first theft when he started dating a hostess at Amarillo Tex's Steak House in Alton, Illinois. He offered the woman financial assistance if she would use a credit card skimmer box and collect information from customers. A waitress employed at the restaurant also began using the skimmer box to rake in more cash. Johnson, his wife and a friend then used the credit card information to make purchases in Missouri and Illinois. "This type of offense is nothing more than blatant robbery," said U.S. attorney Wigginton. "While the thief might not use a weapon, his actions are no less devastating to the victims. I applaud such a lengthy sentence in a case where some might view the criminal actions as only the non-violent theft of funds." This type of theft is not uncommon in the U.S., and identity authentication has become a rising issue. In New Hampshire, a woman committed her second act of identity theft, after previously serving time for stealing her nannny's identity and racking up $61,000 in credit card charges, the Boston Globe noted. The woman, Ramie Marston of Hampton, New Hampshire, was sentenced to 15 months in jail for violating her probation terms, which prohibited her from accessing lines of credit and the internet. The woman and her rommate used a stolen credit card to pay $10,000 in debt to a law firm. Furthermore, she also used her boyfriend's identity to bill a diamond ring to his estranged wife, the Boston Globe reported. Identity theft is not limited to adults, however. A study released by ID Analytics revealed that 140,000 minors fall victim to identity theft every year. When it does occur, it can be even harder to restore a consumer's good name, as the theft typically goes undetected. "Child identity fraud poses complex challenges to consumers, businesses and regulators. Unfortunately, minors' identities are particularly appealing to fraudsters because their personal data is untainted, legitimate and less likely to be monitored for misuse," said Tom Oscherwitz, chief privacy officer at ID Analytics.
ID Verification