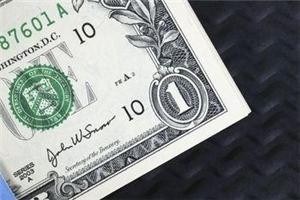 Alternative financing was named by Entrepreneur magazine as one of the top trends that will be shaping the business community in 2013.

With traditional lenders still holding tight reins on loans, startups and established businesses alike that need more capital might increasingly look to what the magazine characterizes as "creative" financing. Entrepreneur counts it as a trend with staying power, including it with the rise of big data, digital healthcare and virtual workplaces on a list of trends that are on their way to becoming well established.

Small businesses among those leading the charge since they are the ones that tend to have the most difficulty convincing banks to fund their projects.

"The majority of small businesses don't need to borrow $1 million. They need to borrow $25,000 to $50,000," Charles Green, executive director of the Small Business Finance Institute, told the magazine.

Microlending, which first took off as $500 loans to startups in the developing world, now amounts to millions in microloans. Lending by Accion East, which loans as much as $50,000 to entrepreneurs, grew by 19 percent last year. According to the company's annual report for 2011, Accion provided $2.2 million more than it had to businesses in the previous year.

Other forms of alternative financing are experiencing the same growth as Accion has seen. Lighter Capital in Seattle, which specializes in revenue-based financing, has 13 financing deals that total $1.5 million, compared to only three that amounted to $250,000 only a few years ago, Entrepreneur reported. Lendees repay their loans based on monthly sales.

A booking service for moving and other day labor, HireAHelper.com, credited a $200,000 business loan from Lighter Capital for its ability to expand, the company's co-founder Mike Ganz told the magazine.

"Alternative lending is becoming more mainstream," Rohit Arora, co-founder and CEO of Biz2Credit, an online credit marketplace, told Entrepreneur. "And as it becomes more mainstream, the cost of [lending] products is going down."

Merchant cash advances, for instance, grew from $800 million in 2011 to $1 billion this year, according to the North American Merchant Advance Association. When retailers, restaurants and other businesses do a high volume in transactions made with ACH cards, prepaid debit and credit cards, they can receive a lump sum in exchange for a share of future card-based sales.