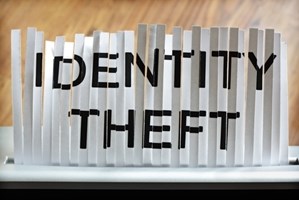 Businesses of all types offer loyalty programs. Consumers are able to get discounted groceries or points toward future travel - all great benefits. But, one group of people recently received something they didn't want from a loyalty program - identity theft.

Loyaltybuild - a company that manages programs for merchants in multiple European countries - recently experienced a cyberattack that led to more than 1.5 million consumers becoming victims of identity theft, according to Bloomberg.

As a result, these people may see significant damage to consumer credit scores moving forward, which may take months to repair. Identity theft is a major crime that needs to be prevented, and short term lenders need to be one of the first lines of defense.

Financial institutions need to implement strong ID verification procedures to ensure that applications don't feature stolen names when applying for a loan or credit card. In addition, it would be wise to provide customers with the necessary information, so people can know the signs of identity theft.

- Mysterious charges on statements: According to Credit.com, one of the most obvious signs that a person has been victimized is unrecognizable charges. For this reason, it is important that consumers check their bank and credit card statements regularly to ensure that all transactions are legitimate. Online banking has made this much easier, so there is no excuse for anyone not to be checking their accounts on a monthly basis.

- Calls from debt collectors: Many people receive pestering calls from debt collectors on a daily basis. But, this shouldn't be the case for consumers who have no past due debt. When such a call is received, it would be easy to just brush it off, but this could be a mistake. Instead, consumers should do some investigating to see if they have become a victim of identity theft.

- Final notice bills: Calls from debt collectors aren't the only thing to be on the lookout for, as receiving final notice bills in the mail could also be a sign of identity theft. If a person has no delinquent debts, there should be no reason for them to receive any types of final notices.

Becoming a victim of identity theft - and not noticing it - can lead to significant damage, so it is important that consumers keep an eye out for the above, and any other, potential signs.