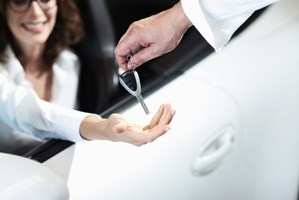 Americans are beginning to purchase cars at close to their pre-recession levels, and according to a recent article by the Detroit Free Press, favorable interest rates on loans may be playing a role.

"A lot of it is an effort to make some expensive vehicles a little more affordable on a month-to-month basis," Melinda Zabritski, director of automotive credit at Experian, told the news source. "Lenders are certainly making loans available," she added.

According to the report, average car loan rates for new and used cars in January ranged from 4.15 percent to 4.77 percent, respectively. Greg McBride, senior financial analyst at Bankrate.com, told the source he doesn't "think they've bottomed yet."

In the Detroit area, different banks have been offering limited-time promotions as a means of tempting buyers, such as PNC Bank's 60-month new car loan with interest rates below 3 percent. Other banks and credit unions have given out loans with an interest rate of zero.

Recent reports indicate that Americans have responded to these promotions, with American auto sales increasing 13 percent in 2012 compared to 2011. Many experts have predicted that car purchases will improve again in 2013, so the automotive sector will likely keep debt collection agencies busy for the foreseeable future.