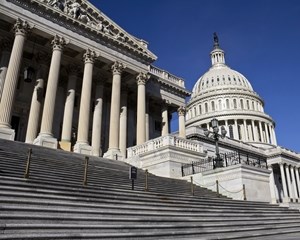 Louisiana Senate Bill 84 has gone through substantial rewrites by the state Senate committee and will now move on to the Senate. Sen. Ben Nevers, D-Bogalusa, was the initial proponent for the bill which was intended to increase the regulation of short term lending practices in order to curb the debt cycle, according to The Associated Press. Amendments to the proposed piece of legislation were introduced by Sen. Danny Martiny, R-Kenner.

At the core of the original proposal was a cap on the interest rates that short term loans could charge. Sen.Nevers wanted storefront short term lenders to be restricted to a 36 percent annual interest rate, a clause that was later removed.

Michelle Millhollon of The Advocate stated that this limit on interest rates isn't entirely defeated yet, as House Bill 239 proposes the same regulation. The AP also mentioned that Senator Never plans to file a different bill with the Louisiana Senate that would restrict annual interest rates to 45 percent maximum.

Limit on borrowing
The amendments introduced by Sen. Martiny changed the bill's regulation from putting a restriction on interest rates to instead regulating the number of loans a customer can borrow per year. Millihollen stated Martiny's alterations stem from worries in the short term lending industry that the original proposal would drive them out of business.

The current amendment allows customers to borrow 10 short terms loans per year. This brought criticism from both sides, according to Millihollen. Supporters of the original legislation felt that limits were an ineffective regulation method. Opponents of the interest rate cap felt that restrictinging the amount of loans was also too restrictive. Troy McCullen, CEO and president of Finance America Business Group, said that caps of this sort hinders the free market.

Database of borrowers
Changing the cap on interest rates to a restraint on how many short term loans per year a customer can take out called for an additional amendment to the bill. Senator Martiny has additionally included in his amendment that the passing of the bill would require a database to be built and regulated by Office of Financial Institutions.

This would allow the tracking of individuals who take out short term loans at various locations, according to the AP.

Millihollen stated that members of the short term lending industry, such as Check Into Cash's Vice President of Government Affairs Jabo Covert, have mentioned that they feel their industry is already heavily regulated for the size of the product they offer.