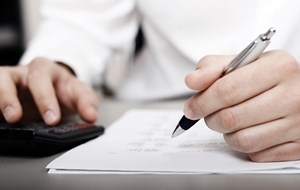 It's easy for consumers to forget that small purchases add up over time, contributing to a large amount of debt.

Credit card companies and lenders alike need a sound, flexible system that can accurately track spending habits in real time. Identifying the easy-to-miss, minute instances in which a person uses a credit card to pay for gas or a bottle of multivitamins can help creditors identify behavioral trends.

For alternative lending firms, the technology can be leveraged in the same manner, but also provide predictive analysis on:

A need for better tracking

The reason why individuals fail to pay small credit card bills? Fox Business maintained that some people may not even know a payment is due. The source referenced the case of Oakhill, Florida, resident Mike Arman, who paid a $23 emergency room charge with his credit card. Two years later, he discovered that the bill was sent to an unrelated address.

"Instead of picking up the phone and talking to me or even checking my records for my right address, off [the bill] went to a local collection agency," Arman told Fox Business.

It's evident that a lack of accurate information persists in the credit industry. Accurate recordkeeping and customer connectivity are needed in order to ensure patrons pay their bills on time. This approach can solidify a lender's reputation in the market, thus enabling it to accumulate new business.

Scrutinizing behavior
With this fault acknowledged, it's also important to note that some consumers outright ignore small debts. The news source noted that some borrowers intentionally disregard loans that are less than $100 so they can pay what they believe to be more urgent liabilities.

"They think the consequences of nonpayment of a small bill are not as severe as those of neglecting payment on a larger debt," said National Foundation for Credit Counseling spokeswoman Gail Cunningham, as quoted by Fox Business. "This could be their logic if money is short and they're having to stretch their dollars."

What's the result?
CreditCards.com maintained that no matter how much the amount, if a debt collection agency is contracted to get a borrower to pay, they'll factor small loans into a person's credit score. Jennifer Barbera, Houston branch manger for the AnnieMac Home Mortgage lending enterprise, noted an example of how this practice can be detrimental to a person's rating.

"I have a gentleman right now who is in the process of having a home built, and his updated credit report revealed a $65 medical collection, which dropped his score by 50 points," said Barbera.

Ultimately, utilizing technology to both notify consumers of outstanding debts and guiding them through the payment process is a best practice. The more information people have at their disposal, the better they'll be able to improve their credit ratings.