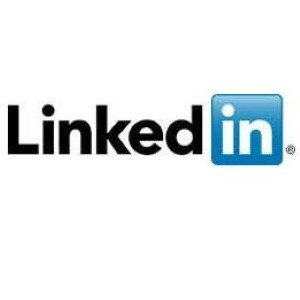 One of the fastest-growing business models in the United States today is social media platforms. With more and more people relying on the internet to make connections, the use of the relatively new technology has led to many people to invest in the companies at the forefront of the trend. Among the most popular websites that has have jumped on the trend in recent years is LinkedIn. The service allows industry professionals to set up individual profiles and make "connections" to others in their field. The company felt that the time was right in recent days to go public, with its initial public offering. When the final bell rang on Wall Street, the company saw its stock soar to $94 dollars a share, a high business valuation, according to many experts. The stock price makes the firm worth $8.9, making it the highest high-tech IPO since Google went public earlier this decade. While the business valuation was the topic of much debate, one leading technology journalist believes that the company is not overpriced and that it has a firm base for growth in the future, thanks to a huge membership base. In an article for CNN, Adam Ostrow, the editor-in-chief for Mashable, says that the website had much more value than other much-hyped tech companies in the 1990s. "Further, the social dynamics that companies like LinkedIn thrive on offer something completely different from the first-generation internet companies: incredibly rapid and organic growth," wrote Ostrow. "Whereas in the 1990s, web companies shelled out tens of millions of dollars on advertising to find users, today's social media leaders like LinkedIn acquire new users through network effects - their services become more valuable to users when their friends sign up." Not everyone is sold on LinkedIn's business valuation on Wall Street. One of the most highly-visible stock experts, Jim Cramer, who hosts CNBC's Mad Money, said that the company's future would be "all downhill" after its IPO. "There were 300 companies that went public between 1999 and 2000, only a handful are still around today," Cramer said on his show. While business experts will disagree on the value, the news make the potential value of other social media companies, such as Facebook and Twitter, which have yet to go public, look more appealing to investors.
Business Valuation