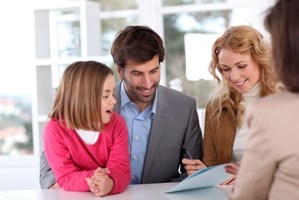 In almost any industry, there is a majority of legitimate, upstanding entities that play by the rules and exist to help their clients. However, bad apples do persist and run the risk of ruining the entire reputation of the sector, no matter how small a fraction they make up.

No one knows this better than short term lenders. Sometimes it seems like the only entities in this field that get media coverage are those that commit crimes, make significant mistakes or overcharge consumers. However, borrowers should know that this is hardly the case industry-wide. The vast majority of lenders strive to not only stay well within the letter of the law, but also go above and beyond to help customers who have seen the doors of more traditional sources of credit and banks shut in their faces, especially during the Great Recession.

As some instances of scams persist, professionals in the alternative finance realm need to do what they can to distance themselves. They need to be aware of these tricks and think of ways to explain to the public what they do, why they're different and how the industry is legitimate.

Across the globe, criminals are taking to the Internet with more and more frequency to conduct their underhanded activities. Because we live in such a digital age, a lot of people don't think twice before sharing sensitive information on websites.

This has taken a toll on the reputations of lenders who operate online. This is one of the fastest, most secure ways for consumers to obtain alternative credit. But criminals have taken to tricking consumers within this environment. For instance, ABC News reported that Philadelphia native Kevin Whitney was recently tricked into taking out a $195 "loan," which was obtained by the supposed lender and not given back.

Whitney told the source that he took to what he thought was a real website, but the individual had him send a Green Dot MoneyPak card with the cash on it as insurance, telling Whitney that it was against federal regulations to deposit the money in his bank account. That isn't the case, something that real companies should share - that's how the majority of businesses in this sphere get customers their money.

After telling Whitney that his Social Security number was "red flagged," the scammer offered to take the alert off for $500, ABC detailed, which is when Whitney realized he'd been taken for a ride. As the source noted, anytime a lender asks for insurance money upfront, that's most likely a scammer.

Scamming through lead generators
According to Komo News, a former short term loan scammer identifying himself only as Nadir recently came clean about his tricks, saying that he felt bad about fooling so many people out of their money. He told the news source that there are a number of ways to scam individuals.

In particular, Nadir explained that a lot of criminals have lead generation websites. When consumers look for loans online, many results are websites that promise to link consumers up with a good company, after they provide their information.

However, this data doesn't make it to the hands of a legitimate lender. Instead, people are often asked to offer proof they'll be able to pay the money back, Komo News reported, which tends to lead to a situation like Whitney's. Nadir told the news outlet that scammers then use the information to steal victim's identities.

How to change the thinking
The easiest way to show consumers that lenders are legitimate is to operate with a policy of transparency. This needs to extend from face-to-face client interactions to marketing materials, including the corporate website, signage and other mediums. The majority of short term lenders already do this, but they need to be careful to be upfront about things like fees, interest, rates and legalities from day one. Arming consumers with the information they need from the beginning will help to assure them they're not being scammed.

It may also be a good idea to train lending company employees to answer questions about scams. Potential borrowers are going to want to make absolutely certain that their information is safe and they're partaking in a legitimate industry. As such, staffers are going to need to know the answers to questions about security, financial regulations and other matters that may come up.

One of the only ways to change the public's line of thinking when it comes to the sector as a whole is for lenders to simply keep doing what they have been doing all along - staying within the guidelines of the law. Working to undermine scammers and criminals will pay off in the long run as consumers will become aware that most of these companies have their best interests in mind. Striving for perfection alongside law enforcement officials is the way to go for upstanding short term lending companies.