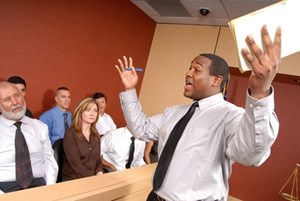 For the past few years, so many individuals, from short term lenders themselves to lawmakers and constituents, have stepped up to the plate in support of the alternative credit market. Armed with the fact that these fiscal options have a long-standing reputation of helping struggling individuals stay afloat when they experience a deluge of unexpected expenses and can't cope as they continue to receive normal paychecks, numerous individuals stand up for the sector and want it to continue on. They want alternative options to begging banks for loans, because so many pleas go unanswered, especially in a post-recession United States.

However, despite the evidence that this industry has gone by the book for years and provided an invaluable service to innumerable happy customers, some representatives still lobby against it. Perhaps it's a bias, maybe it's a basic misunderstanding or it could be an underestimation of the types of customers who use these services. Regardless, many of these critics have been successful in passing laws and ordinances to shut down or severely restrict some of these corporations.

If short term lending industry supporters don't continue to speak up for what they think is right and try to convince critics that the sector is a help, not a burden, the entire field runs the risk of being limited within the relatively near future.

Some lawmakers look to restrict industry

Standing up for the industry might be exactly what's needed, given the recent moves by a number of critics to outlaw the practice of short term lending or otherwise restrict it.

Take Missouri, for instance. According to The Associated Press, state lawmakers recently passed legislation to reduce fees that can be tacked on to short term loans to 35 percent and eliminate the potential to renew small, unsecured loans.

Whether it's statewide or town by town, these types of regulations aren't uncommon anymore. Specifically, USA Today reported that four states, alongside the District of Columbia, outright prohibit short term loans, while 12 more have provisions on the books that restrict such loans in some manner.

What happens when people push back?
According to the news source, Louisiana state senator Ben Nevers recently proposed a law that would have capped the interest rate of short term loans at 36 percent. He also recommended making it illegal for individuals to take out more than 10 of these financial stipends each year. The reason for his actions was likely due to the fact that the state has some of the highest percentage rates in the country.

However, the source pointed out that Nevers didn't have support for either of his proposals. Consumers, other lawmakers and industry representatives alike pushed back, acknowledging that short term loans are needed and interest rates have to be charged - because they keep the companies themselves in operation.

USA Today also reported that states like Arizona, Mississippi and Alabama, among others, have failed to pass bills against the lending industry because of pushback and protests by fellow government representatives and constituents.