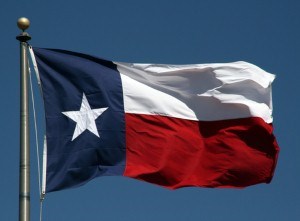 Short-term lending companies often provide ways for consumers who are experiencing an emergency to obtain fast cash. They can be of great help when an individual has not saved enough but must pay an expense quickly. However, a number of lawmakers are seeking to restrict the practice. City council members of Austin, Texas, recently passed an ordinance that places a number of heavy restrictions on short term lenders, a popular form of borrowing. Individuals can borrow against the amount expected on their next paycheck and pay lenders back automatically when the check comes in. A number of local lenders are protesting the new regulations, as they have the potential to cause the companies to fail and consumers to suffer. Lenders sue the city To rectify the situation, KTBC-HD, Austin's Fox affiliate, two lending companies, Rubicon and TitleMax recently decided to file lawsuits against the city. The owners of the company believe the ordinance, which places restrictions on where lenders can operate and the terms of loans, should be made invalid as it contrasts with the Texas constitution. TitleMax's owner also stated the law is too vague and would prohibit the company from doing business within city limits, the source noted. "We intend to pursue a judicial determination on these issues and the enforceability of the Austin ordinance," Rubicon's attorney Steve Camp told KTBC. Terms of the ordinance Lenders that operate within Austin city limits now have to be located at 1,000 feet apart from each other and cannot be stationed near major highways or neighborhoods, per ordinance rules, KVUE-TV reported. Lawmakers drafted the ordinance with the hope of making the usually high-interest loans harder to obtain, the Statesman reported. However, though these loans come with interest charges, which allow lending companies to remain in business, it is a short term sum, and is often paid back within weeks. Lenders, the source explained, say these types of loans help a particular portion of the population that needs fast cash but may not qualify for traditional loans that require a positive credit history. According to the Statesman, though the ordinance has been in place since January, its terms were not enforced until last month. The city had been at odds with the Consumer Service Alliance of Texas, a creditor's trade group, which also claimed the law was illegal. The organization has since dropped the charge, the newspaper noted.
Alternative Consumer Credit Data