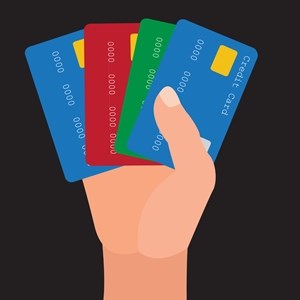 With consumer debt reaching a seasonally adjusted record $2.77 trillion in November, and much of the holiday season spending unaccounted for, debt collection agencies should remain busy for the coming months.

At the same time, banks and short term lenders continue to provide different credit card and spending techniques to consumers, many of which are allowing people with poor credit history to get back into the game. For example, according to a recent Fox Business article, banks are increasingly offering near-prime credit cards.

"Those who have sterling credit are only a small slice of the population," Bill McCracken, CEO of Synergistics, told the news source.

McCracken indicated that FICO scores are becoming less of a priority, pointing to the fact that in 2011, there was a 41 percent jump in credit cards issued to consumers with scores at or below 660. Eric Lindeen, marketing director at Zoot Enterprises, told the source that many short term lenders are focusing more on the recent past, rather than the last several years, before issuing credit cards.

"The good news is, there [are] a lot of issuers today who are looking to find those blemished consumers and give them an opportunity to get back into credit," Lindeen said.

Credit card options for everyone

During the Recession, many banks and lenders were hesitant to give out credit cards to consumers with mediocre or bad credit history, but this trend appears to be switching.

"Not only are ongoing terms extremely attractive, but issuers continue to offer rewards bonuses and low-interest introductory rates worth hundreds of dollars to new customers with a history of financial responsibility," CardHub CEO Odysseas Papadimitriou recently told ABC News.

Papadimitriou highlighted some card options for consumers with different levels of credit, including the Capital One Secured MasterCard for people with poor credit history. According to Fox Business, people with scores slightly below the 660 threshold are considered "near prime."

Banks and short term lenders have been issuing an increasing number of credit cards to near-prime consumers, primarily secured credit cards that have marginally higher interest rates. With the average household credit card debt, which stands at more than $6,700, according to Papadimitriou, lenders and consumers alike might lean more on this option going forward.

A recent consumer credit report by the Federal Reserve revealed that credit card debt jumped $817 million between October and November, marking the second straight month of growth. Analysts have predicted that credit card spending, which has improved steadily since the beginning of 2011, will continue to increase for at least the next year.

Meanwhile, short term lenders of school and auto loans are expected to thrive for the foreseeable future. According to the Federal Reserve statistics, revolving debt, which includes school and auto lending, increased another $15 billion from October to November. Total consumer debt jumped $16 billion during the same time frame.