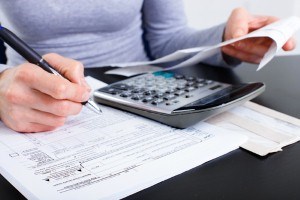 Short term lenders and other short term lending companies can be extremely helpful when consumers need fast cash but do not qualify for traditional loans. This could be for a bevy of reasons - maybe they don't have a bank account and have no relationship with a financial institution, or perhaps they made some faulty decisions in their youth, damaging their credit. However, if these businesses don't follow each regulation to the letter, they run the risk not only of being shut down, but also affecting the reputation of the industry. Such is the case with Money and Loan Mart, who share a common owner. Per a recent court ruling, the two did not follow laws, and now have to pay back many consumers. Thousands owed money
There has been much media attention on the subject recently, after the leaders of the two companies were instructed to pay back tens of thousands of previous customers a total of $7.5 million, according to NBC Bay Area. The source reported that each borrower is owed between $20 and $1,800, which must be claimed before October 1. The office of San Francisco District Attorney Dennis Herrera filed a lawsuit in 2007 claiming Money Mart and Loan Mart were offering special loans that disobeyed the California state law that lenders can charge no more than 36 percent in interest, NBC Bay Area explained. As such, the source detailed that any consumer who took out a CustomCash loan between September 2005 and April 2007, or who obtained a Cash 'til Short term loan between January and July 2005, is eligible to claim retributions. This particular situation has been of some interest in the media lately, as Herrera appeared to make light of the situation, creating a viral video playing off the Carly Rae Jepsen hit "Call Me Maybe." The video, entitled "Pay Me Maybe," was made as an attempt to let consumers know that if they were affected by the companies, they have until October to file for repayment, Mercury News reported. What lenders can learn
To ensure that the industry receives positive coverage in the future and its reputation is restored, other short term lenders should take note of the backlash Money Mart and Loan Mart are experiencing. Companies should know that while there is no national cap on interest, the laws concerning rates can differ from state to state and within counties and cities. As such, before developing new loan offerings, leaders should always make sure they comply with local and state regulations, or they risk losing revenue, being tied up in court fees and doing irreparable damage to their consumer pool.
Short Term Financing