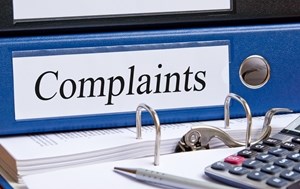 It's a much too simplistic view to think that the economy is run primarily on the supply and demand model. The fact of the matter is that consumers buying products they want is simply one facet of the success - or failure - of a nation's fiscal environment. For instance, banks, the GDP, investments, the stock market and other factors each play a massive part.

Though this might not be immediately obvious to the average consumer, the success of debt collection agents greatly impacts the expansion of the economy. These professionals may get a bad rap and have a number of negative stereotypes attached to them, but their work brings a lot of money back into circulation. Consider it this way - say an individual hasn't paid his or her electricity bill in some time. When more than one person does this, it creates a money vacuum for the utilities provider, who then has to start charging all customers more, which will likely cause the company to lose clients. That being said, if a debt collector becomes involved and is able to recoup the missing funds, this situation could be avoided entirely.

While the vast majority of collection agents are good at their jobs and know the various applicable laws inside and out, there is a small fraction that has made a mistake or knowingly committed fraud, taking a toll on the reputation of the industry. Because many consumers are quick to air grievances - and not always to give compliments - the Consumer Financial Protection Bureau takes note of these comments in order to better consumer-facing fiscal sectors.

The most recent CFPB complaints pertaining to debt collection concerned a relatively large number of issues with short term lenders. Again, because these organizations need to recoup money that isn't being paid back to them, they often have to consult with debt recovery agents. However, this information means that it might behoove representatives from both sectors to work together for the good of consumers and to benefit both reputations.

Data from CFPB is concerning

According to insideARM, citing data compiled by the CFPB, approximately 7.5 percent of debt collection complaints that were made in the first quarter of 2014 concerned short term lenders. Nearly 880 separate lenders were named within the 6,647 total issues brought to the attention of the regulatory body. Moreover, the news outlet reported that 54 percent of these businesses only had one or two complaints from consumers. The majority of the poor comments (52.6 percent of the top 200 companies) revolved around debt collectors themselves.

Though the news source also conceded that 7.5 percent is a relatively small fraction, especially given the fact that this was the first quarter that lenders could be chosen as the source of the grievance, this type of result an indication of faulty practices, companies or credit products.

What can be done?
Simply put, to lower this number, short term lenders are going to have to make sure that they're going about the collection process by following the letter of the law. Namely, rather than attempting to pursue missing money themselves, they need to contact a collection agency with a good reputation, one that has been in operation for some time and employs professionals who know exactly what they're doing and observe all applicable laws.

On the other side, in this time of debt collection regulation expansion, recovery firms should ensure that they're constantly training their workers and providing them with the latest materials to help them succeed. Making moves like this can only benefit both sectors.

This is particularly important now more than ever. According to insideARM, the CFPB is increasingly examining allegations of poor short term lending-based collections with a fine-toothed comb.