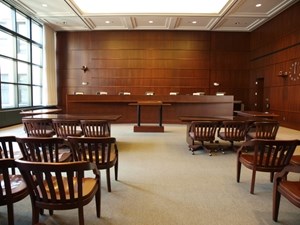 In fact, Bloomberg recently reported that the debt collection efforts will be heavily scrutinized by the CFPB in the coming months. The source noted that the enforcement agency has started to draft new legislation specific to debt recovery practices.

Debt relief is already a heavily regulated industry. Most states have specific laws limiting certain activities and the federally mandated Fair Debt Collection Practices Act (FDCPA) applies to all debt collection agents in the nation. The increased vigilance that appears to be coming from the CFPB will likely make the practice more difficult to navigate.

Highlighting how challenging debt collection can be is a recent lawsuit that was filed against the Toyota Motor Credit Corporation. According to The West Virginia Record, a couple recently sued the company for what it claims were illegal attempts to recover debts. In the lawsuit, the couple alleges that they informed Toyota that they had hired a lawyer to deal with their debt issues but indicated the automaker's collectors continued to call the couple's home.

Under FDCPA regulations, that sort of alleged collection activity is indeed illegal. The source reported that the couple is seeking compensation that includes punitive damages and court costs. Even if Toyota is successful in defending itself, the court case may be expensive and lengthy.

Certainly, a large organization such as Toyota may have the resources to deal with such events but small businesses are more likely to see such occurrences severely limit their ability to operate. It can be tempting to conduct debt recovery practices without outside assistance because many business leaders believe it is cost-effective. However, the collection environment is becoming more difficult to manage and the increased regulatory efforts being spearheaded by the CFPB will likely make it even more challenging. Potentially, poor recovery practices could violate the FDCPA, which could land companies in court.

Therefore, it's a good idea for enterprises to outsource their collection efforts to a reputable thirdparty that focuses on such financial endeavors. These organizations employ agents that are well versed in applicable collection laws at federal and state levels. Outsourcing may add to a company's expenses but it will surely mitigate the chances of a lawsuit being filed against a firm.