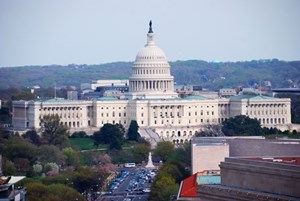 Senators have recently expressed a desire to reform credit reporting practices in the United States. Many of the nation's lawmakers have argued that inaccurate scores are detrimental to consumers, often preventing them from taking out loans that help purchase homes or vehicles. Ultimately, that can hurt the economy.

Sen. Jay Rockefeller of West Virginia was the latest elected official to showcase concern about the mistakes that some residents find on their consumer credit reports. The State Journal noted that Sen. Rockefeller commented on the importance of proper credit scoring methods at a recent Senate Committee on Commerce, Science and Transportation hearing.

The senator, chairman of the committee, also commented on potential credit reform in a press release.

"Credit reports have real implications for real people, which is why credit bureaus have a responsibility to make sure the information they provide is accurate. If not, then consumers need to have an easy way to get erroneous reports fixed. I expect this industry to do everything it can to ensure that the system works and is fair," Sen. Rockefeller stated.

He noted that poor credit scores can contribute to a cycle of economic hardships for consumers. Some individuals are unable to purchase vehicles they may need to get to a new job, which can severely limit them financially. He added that consumer credit bureaus must address the situation by drafting a more stringent policy that avoids reporting errors and makes it easier for consumers to address inaccuracies.

According to KCNC-TV, it can be difficult for consumers to address scoring errors, backing up Sen. Rockefeller's call for industry reform. The source cited the example of Colleen Lebkuecher who was only able to address an inaccurate score once KCNC-TV stepped in to assist her. Due to errors on one report, her score was 567, despite two other credit bureaus marking her scores at 760 and 793, fairly high ratings.