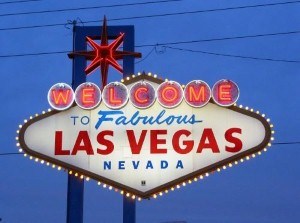 In Las Vegas, Nevada, 72-year-old Arthur Jones was charged with false identity, identity theft and fraud, Las Vegas Sun reports. Jones had been living in Las Vegas for more than 32 years with a fake ID. Police got notice of Jones using a fake social security number and arrested him Jones was taken to jail and released after posting a $20,000 bail. He will be arraigned on September 12 and is expected to receive five years of probation, according to the news source. According to the Federal Trade Commission, there were approximately 2 million cases of identity theft and fraud over the last two years. The advances of the internet and smartphones may have impacted these statistics, as in 2001 and 2002, there were just over 600,000 cases of identity theft and fraud. In addition to probation, attorney Stephen Stein told the news source that Jones will have to pay restitution, as well as a penalty for social security fraud, which may cost him anywhere between $45,000 and $75,000.
Background Screening