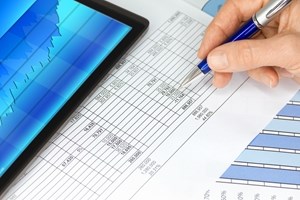 Though cognizance of personal consumer credit data is improving among United States residents, some organizations have asserted that there's more that federal, state and local authorities could be doing to educate young people. Ubiquitous ignorance of personal finance can cripple a national economy. The mistakes made by individuals add up, disallowing them from being able to engage in commerce, which ultimately leads to a less robust marketplace.

Where the country stands

A strong sector isn't solely composed of buyers and sellers rapidly conducting transactions, it also relies on individuals to exercise common sense and figure out ways to better manage their personal finances - whether that consists of seeking alternative credit or investing in a certificate of deposit. According to Virtual-Strategy Magazine, American Consumer Credit Counseling believes that California could be doing more to instruct its high school students on the matter. The organization referenced the Center for Financial Literacy's findings that the state has been doing a poor job of educating its pupils.

"California has some of the most innovative and technologically advanced students in the country, yet the state is falling short on educating them on personal finance," said ACCC President and CEO Steve Trumble, as quoted by the source. "We are failing our students by not equipping them with the financial skills necessary to succeed in the future, which, in the long run, is only going to damage our overall economy."

Should they mandate it?
A Sallie Mae poll discovered that 84 percent of high school attendees would be willing to take classes in commercial credit and personal finance. In addition, 91 percent of U.S constituents believe that it should be a required subject. Despite the fact that California educators declared April Financial Literacy Month in 2004, this informal effort has done little to improve its students' grasp on the subject matter. Legislation has been proposed, but has continued be shot down by state lawmakers.

California's failure to properly instruct its pupils has shown. The news source acknowledged ACCC's point that the region has the sixth highest bankruptcy rate in the nation. In contrast, New York state's financial literacy rate is much higher and has a lower monetary loss ranking.

Getting the metrics
On the flip side, Dallas News contributor Pamela Yip noted that the large majority of Americans understand a fair amount regarding record scores. She cited findings from a national survey conducted by the Consumer Federation of American VantageScore Solutions, writing that a large percentage of U.S. constituents know that missed payments, high credit card balances and filing for bankruptcy are used to calculate traditional credit scores.

Respondents also reported a cognizance of generic credit measurements and how they're used by short term lenders, banks and other businesses to determine general credit risk. Stephen Brobeck, executive director of the CFA noted that generic credit metrics have become increasingly popular over the past couple of years.

Brobeck asserted that there's still room for improvement - only 42 percent of survey participants understand that a score is seen by traditional lenders as relating to chances of not repaying a loan, rather than knowledge of finances. Perhaps mandated education is what the future generation needs in order to improve this situation.