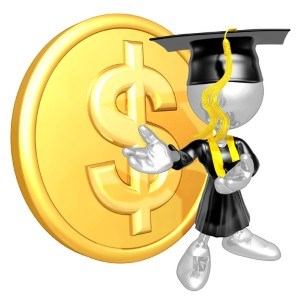 Though industry experts predicted that there would be an increase in hiring recent college graduates from the class of 2012, new information has come out indicating that will not be the case for many diploma holders. Most students graduate college in debt after taking out credit cards and student loans. The Federal Reserve Bank of New York estimated that the average grad has $23,300 in outstanding student loans upon completing their course of study. If they face a job market in which they cannot find a career, they run the risk of blowing through their savings and eventually defaulting, prompting communications with debt collection agents. Majority of students graduating without job prospects
A collaboration between researchers at Northeastern University, Drexel University and the Economic Policy Institute, the 2011 Current Population Survey, found that 53.6 percent of Americans with bachelor's degrees under the age of 25 are unemployed, translating to 1.5 million people. The figure has climbed by more than 12 percent since 2000. The Associated Press broke down the results by region, reporting three in five recent graduates in the Mountain West region of the United States are unable to find careers, followed closely by the rural southeast and Pacific regions. Job market working against young professionals According to GoBankingRates.com, those who recently received a diploma from a college are facing a tough job market because of fallout from the 2008 recession. The tough financial times brought about the layoff or firing of a massive section of the workforce, some of whom are still struggling to find employment. That means, the source explained, younger, less experienced job seekers are being forced to compete for job placement against people who spent a number of years in a given field. Lower paying jobs can fill the time The AP noted that a sizable chunk of recent graduates are taking lower paying jobs than certain focused, more science-based positions. The source reported people from the class of 2011 are more likely to take a waiter, waitress, bartender and food-service position than an engineer, physicist, mathematician or chemist opening. Certain majors have an advantage over others, as the AP explained people who have a degree in nursing, teaching, accounting and computer science are much more to find an open job position than those who took on a liberal arts course load. According to the source, this due to technology, as there are certain responsibilities that cannot be replaced by computers.
Credit Risk Management