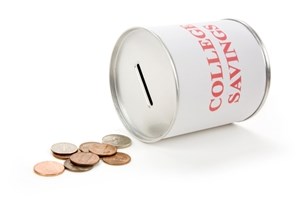 Consumer credit data professionals are reacting with interest to reports that big-name academic organizations like Yale University, George Washington University and the University of Pennsylvania have all filed lawsuits against former students who took out loans to attend the schools.

One graduate involved in the dispute is Aaron Graff, a Colorado resident who Bloomberg notes would otherwise have been unable to go to George Washington University had he not been granted tens of thousands of dollars in financial aid.

Nancy Coolidge, associate director of the University of California's student financial support department, told the source many former students are driven to prioritize privately funded credit over federal loans to avoid a massive accruement of interest.

She told Bloomberg that because this type of financial aid is offered to those with major financial short-comings in the first place, and defaults typically mean there is little or no money to be retrieved from the graduates, in her experience she has never seen reason to bring former students to court for defaulting on Perkins loans.

According to the federal site, Perkins loans require the college or university to provide a quarter of the loan, which brings to light what sort of hit the school takes in the case of defaults. Schools that offer Perkins loans rely on repayments in a timely fashion, as the program is funded by rotation. Graduates who work as teachers after earning their degrees may be able to cancel loan responsibilities, but otherwise it is up to loan holders to work with their academic institutions in working out logistics if they are unable to pay.

Debt collection firms may consider offering their services to schools in predicaments caused by unpaid Perkins loans, as they are more familiar with the best possible strategies for financial recovery.