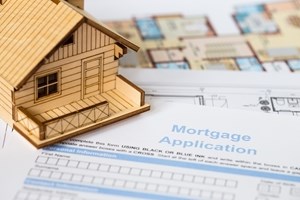 Fannie Mae and Freddie Mac have been using credit scoring models from Equifax, TransUnion and Experian when assessing mortgages for some time. However, those models, all of which are based on the FICO score, prevent approximately 45 million Americans from participating in the housing market, if one considers the number of unscorable and credit-invisible individuals living in the U.S, according to the Consumer Financial Protection Bureau.

What are the problems with how government-sponsored enterprises use traditional credit scores? Are there any alternative credit scoring models Fannie Mae and Freddie Mac could use?

What if a borrower doesn't have a credit score to begin with? In this case, the lender cannot sell the mortgage to Freddie Mac. The Indicator Score isn't designed to assess a borrower's creditworthiness - Freddie Mac uses the Underwriting Score to assess an individual's credit reputation and the overall risk associated with the loan. However, when it comes to selecting a credit score to serve as the Underwriting Score, Freddie Mac assumes the worst.

For example, suppose a borrower has three credit scores from Equifax, TransUnion and Experian. Freddie Mac will use the second-highest score out of the three to serve as the Underwriting Score. The problem with this method is that, if the highest score references more information than the second-highest or lowest score, than the Underwriting Score misrepresents the risk associated with the transaction.

Traditional credit scores aren't always accurate
The GSEs operate on the basis that the big three credit bureaus' scoring models are largely reliable, but this isn't always true. Last October, Mississippi Attorney General Jim Hood announced that Experian, TransUnion and Equifax would offer Mississippians "unlimited access to free credit reports over the next three years" in the wake of his office's investigation into the agencies' credit reporting mistakes.

In addition, the three credit bureaus will pay the state more than $7 million. Hood noted Experian, TransUnion and Equifax failed to verify information associated with their consumer credit reports, letting serious errors fall through the cracks.

What are the alternatives?
Abandoning traditional credit scores entirely isn't necessarily viable, given that the reports do include essential information on how people handle debt and loans. However, it's clear both GSEs and lenders need to augment traditional reports with alternative credit data - information that details how diligently people pay monthly expenses such as rent, utility and phone bills.

Choosing an alternative credit report that's reliable is challenging in itself, given that the market is currently saturated with fledgling providers. However, there are characteristics your should look for when assessing alternative credit data providers' ability to deliver relevant, accurate information.