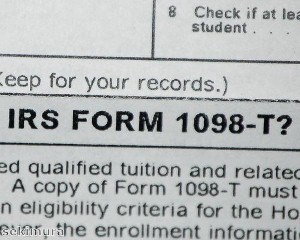 Tax time isn't fun for anybody. In the past weeks, people from all over the United States have been gathering together financial records, filling out the proper forms from the Internal Revenue Service and finding out how much they must pay to Uncle Sam. People have a variety of ways of getting their paper work out on time, whether by doing it themselves, getting help from a knowledgeable friend or family member or hiring a professional agency. And while the majority of people in the U.S. will pay their taxes on time, there are those who, for whatever reason, fail to do so. Much like other places looking for money from those in debt, the IRS began hiring outside agencies to get the money owed to the federal government. "In September 2006, the IRS started to outsource the collection of taxpayers debts to private debt collection agencies," Adriana Barnes wrote for Daily News Pulse. "Opponents to this change note that the IRS will be handing over personal information to these debt collection agencies, who are being paid between 29 percent and 39 percent of the amount collected. Opponents are also worried about the agencies being paid on percent collected, because it will encourage the collectors to use pressure tactics to collect the maximum amount." The IRS says that people should not worry about how the debt collectors go about getting the money. In a statement, IRS spokesman Terry Lemons said that the agency had a "sound, balanced program," that takes into account the rights provided to taxpayers and their privacy. People who are in debt to the IRS but have yet to get caught can take advantage of the agency's New Voluntary Disclosure Program, announced on February 8, 2011. The program, which was first introduced in 2009, has been updated and allows those who owe money to pay for deficiencies for the past six years with a 20 percent penalty for not paying on time. One of the biggest issues the IRS is trying to resolve with this program is people hiding assets outside the United States. According to IRS commissioner Doug Shulman, the new rules will give people a "fair way to resolve their tax problems once and for all... Before we find them."
Debt Collections