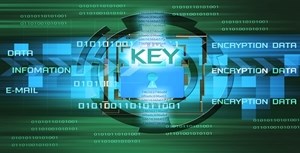 As more processes among organizations in the public and private sector, as well as behaviors of consumers, transition into the digital landscape, many experts, advocates and officials have become exceedingly concerned about the security of information. Although data security is a serious matter for many different categories of information, the banking, financial services and health care sectors have come under the most scrutiny.

Financial data can quickly be used to steal identities, as well as raw funds, from digital accounts, and this is a more prevalent issue in the modern landscape. The economic damages of payment fraud are substantial both in the United States and on a global scale, leading many decision-makers in businesses to increase their efforts to secure financial data.

Although individuals still fear the vulnerabilities of electronic payments, more progressive professionals are looking at the capabilities as an opportunity to improve security.

IOL News in South Africa recently reported that the government there is working to leverage electronic payments as methods of driving down the risk of grant fraud. In an emerging market, public funding is critical to ensure economic conditions and technological infrastructure scale up alongside growth in the private sector, and fraud can hinder national budgets.

This approach to electronic payments has been similar in the U.S. as well, but officials in South Africa seem to already be confident that the program will have substantial benefits in the security arena. According to the news provider, one premier from the north west region of the country asserted that a transition to electronic payments for grant disbursements will completely eliminate fraud.

The source explained that proponents of the switch to digital payment processes have cited one major instance of fraud that occurred this year, when individuals stole money from the Department of Justice through an elaborate scheme. IOL News noted that the antiquated methods used to approve, disburse and monitor grants are working against protections.

Implications stateside
The U.S. government has been among the more aggressive entities in its pursuit of electronic payments, as many benefits programs have switched from physical to digital mailings. While the primary objective of these projects has appeared to be more closely aligned with government efficiency and spend management, a novel approach to implementation and oversight could also help reduce instances of fraud.

When it comes to the private sector, businesses are responsible for their own financial information security, and as such need to be just as aggressive when deploying new management and transfer systems. Many companies benefit from using an outsourced firm that specializes in data security, fraud detection and other related areas of information security.

Additionally, one of the most important aspects of electronic payment security is employee training, as the vast majority of breaches and data loss are linked back to either staff member errors or internal threats. As the global economy becomes more digital, businesses will need to keep up with the best practices of data security to remain trusted in their respective industries.