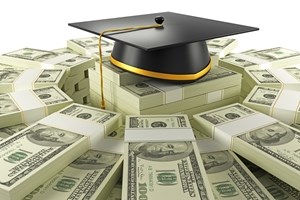 As thousands of teenagers, twenty-somethings and their parents know, college isn't exactly cheap these days, no matter where you go. Even individuals who stay close to home and attend community college in order to save a little money end up having to pay thousands in tuition, books, materials and other fees.

Although the United States is well on its way to economic recovery after some tough years, many families are still not in stable enough financial positions that would allow them to pay tens of thousands for their kids to go to college and lead relatively carefree lives for four years, complete with dorm lodgings, meal plans, mad money and so on.

As these bills pile up, consumers can follow some of the same paths they took in the midst of the financial crisis - including consulting with short term lenders to make dealing with some of these expenses easier during a particularly tough month. As fall kicks into high gear and students and their parents become more and more aware of their fiscal burden, alternative finance companies may want to prepare for an onslaught of new clients.

According to CreditCards.com, some universities are recognizing the positive results brought about by short term lenders and are starting to offer similar services on campus. The news source said that as they would with alternative companies, those attending the schools can take out cash loans within just a few days of filling out the application and pay these back within a short period of time.

"If it's available at your school, it's an ace up your sleeve if you need it," author Kalman Chany told the news outlet.

CreditCards.com said that to keep consumers on the right path, some loans come with stipulations. For instance, they cannot be used to cover routine bills, only unexpected expenses.

For cash-strapped college kids, this presents an attractive offer. Handled responsibly, these types of loans wouldn't accrue many fees and could be a smarter option than driving themselves into debt or racking up expensive late charges.

Short term loans might also be a good idea for parents. Say mom and dad are paying for their children's tuition every month, living paycheck-to-paycheck while their sons or daughters are getting a good education. This might work well for some families until graduation, but if a medical emergency or necessary car repair were to crop up, it could throw the family into a financial tailspin without some quick thinking and quicker funding.