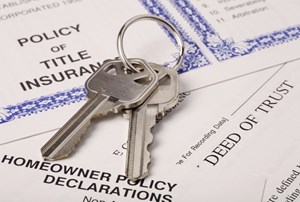 Recently, there has been heavy criticism of the short term lending industry. Many of the detractors, including a number of leaders within the New York state government, have taken umbrage with the most basic form of loans offered by these companies - when consumers either apply in person at a storefront or online and almost immediately receive a stipend in their bank accounts upon approval.

Though many consumers and industry leaders know that these options have been not only helpful to households - especially when most other options weren't offered during the Great Recession - but to the economy as a whole, there are people who are looking to change this aspect of the lending landscape. And while supporters are fighting hard for consumers' rights, potential changes down the line are a possibility.

As such, individuals should be aware that there are other alternative finance options available to them, like car title loans. This legitimate form of finance allows people to borrow against the value of their cars, all the while still being able to claim ownership of and drive the vehicles. Once the liens are paid back, they obtain the titles once more.

Though many of the debates surrounding short term lending haven't involved car title loans, detractors claim the same overused and often false arguments, such as pointing to the supposedly high annual parentage rates, The Cincinnati Enquirer noted. However, much like how other small loans are treated, this is an inaccurate measure of the fees tacked on because the amounts are meant to be paid back within a few weeks' time. Moreover, the associated expenses tend to be less than the cost of overdrafting and late fees on various accounts.

The usefulness and popularity of these types of loans is evidenced by the fact that they're becoming more commonplace. For instance, due to demand, Titlemax recently opened a new facility in Cleburne, Texas. This development came just two days after the debut of another lending center opened by the company in nearby El Paso.