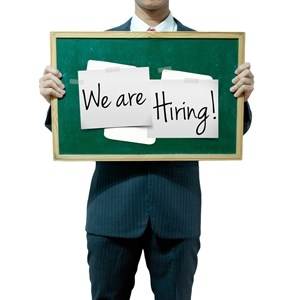 One of the biggest problems since the financial crisis has been the employment situation, but with recent momentum, Americans may begin to feel more comfortable with their job security and potentially boost spending.

Should expenditures increase, demand for short term lending may follow suit, as people put themselves at greater risk for financial troubles.

Job growth slowed a bit in September, but still remains strong enough to push down the unemployment rate. Private sector employment increased by 166,000 positions, according to the ADP National Employment Report.

Small businesses continued to lead the way, creating 74,000 jobs, followed by medium- and large business, which added 64,000 and 28,000 positions, respectively. The only industry that lost jobs was financial activities.

"The job market appears to have softened in recent months," said Mark Zandi, chief economist at Moody's Analytics. "Fiscal austerity has begun to take a toll on job creation. The run-up in interest rates may also be doing some damage to jobs in the financial services industry. While job growth has slowed, there remains a general resilience in the market. Job creation continues to be consistent with a slowly declining unemployment rate."

First-time applications for unemployment benefits on the decline

Job growth isn't the only positive for the employment situation, as initial jobless claims have been decreasing as well. In the week ending September 21, claims fell by 5,000 to 305,000, according to the U.S. Department of Labor. The four-week moving average fell to 308,000 applications - the lowest since 2007.

"We definitely have seen a gentle downtrend in claims over the course of the year," Stephen Stanley, chief economist at Pierpoint Securities LLC, told Bloomberg. "Unfortunately, the problem for the labor market for a long time has not really been the pace of layoffs, it's been the slow pace of hiring."

Should the decline in dismissals continue, it may be a sign that companies are confident in sales and sustained growth, potentially leading to a pick up in hiring in the coming months.

Short term lending demand could rise with a spending increase
As job security becomes stronger, consumers may feel more comfortable making larger purchases, which could put them at risk for financial troubles. For example, an unexpected expense such as a costly home repair could be crippling after increasing expenditures. One of the biggest fallouts could be missing certain payments for essential bills, which can lead to expensive late fees and penalties.

However, that doesn't have to be the case, as short term lending can help consumers avoid such charges. This type of lending can provide people with funds quickly, so they can stay current on monthly bills while going through a period where cash may not be available.

In recent months, short term lending has come under scrutiny, as critics said lenders are taking advantage of borrowers with high fees. But, these charges are often less than what would have been incurred if a bill payment was missed.