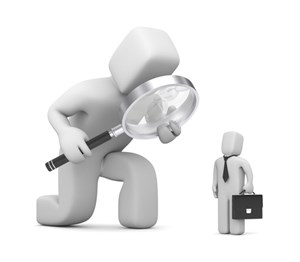 In recent weeks, the media has reported a number of instances of individuals calling for British short term lenders to instill worthwhile ID verification policies and solutions within their storefronts. While the majority of the businesses within the alternative finance sector are responsible and follow best practices, sometimes mistakes slip through the cracks.

Lending leaders simply have to be aware of these instances and make sure they guard against blunders in the future. Big players in the realm have a long history of going the extra mile to ensure that clients are well-served, so that should definitely continue on for some time.

One thing that these companies can consider doing is using ID verification software when approving applications for loans. This way, professionals can check information provided by the potential borrower against official government records to make sure that the individual isn't a fraudster. Acting as the first line of defense can help add to the sector's positive reputation.

It might also be worth it for short term lenders to double check the ages of individuals they send solicitations to via the post. Post-based outreach is a good way of letting potential customers know about the service lenders offer and the terms on loans, but messages need to be sent to the right people.

Wonga sent letter to a teenager

According to The Mirror, popular lender Wonga recently sent a letter offering a £400 loan to a 13-year-old boy by mistake. Of course, the recipient, Drew Dalson, is too young to agree to these terms, so Wonga immediately removed his name from its internal database after being contacted about the issue. Representatives assured the public that this was a blunder, as it is against policy to market to and present minors with these financial options.

"We took special care to make sure we only contacted people aged 18 and over, including checks against the electoral roll, and only wrote to people who had chosen to receive this type of communication," a Wonga spokesman told The Daily Record.

Next steps
Wonga took the right path in apologizing, assuring the public of the company's policy and stating that Dalson's name has been removed from the database. This was a relatively easy mistake to have made - perhaps the boy shares his name with an adult old enough to take a loan out, or maybe a number in his age was mixed up.

Regardless, there's nothing to indicate that this blunder wouldn't have been caught had Dalson been curious and filled out the application. Many responsible short term lenders go to great measures to ensure their clients' identities.

Again, though, in the future, it might be a good idea for short term lenders to double-check the names of individuals being added to these types of contact lists before any communications are sent out.

Teenagers over the age of 18 can be marketed to - after all, when they're at university and an unexpected expense that they have to contend with emerges, a short term loan could be a very responsible financial tool. This would be highly appropriate as well - individuals at that age would likely not have established consumer credit history yet and would probably be automatically turned down by traditional banks.

As such, these types of loans could be their only options - either that or they may have to contend with late fees and overdraft charges, which tend to be much more costly than loan terms anyway.