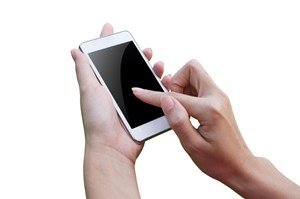 The prevalence of smartphones and tablets and the frequency with which people store their private information on them has led to concerns about mobile devices making identity theft easier. Online Athens recently cited the concerns of the University of Georgia's security awareness and education manager Laura Heilman.

"Mobile phone users tend to be less careful and less aware of security problems they can encounter," Heilman noted, according to the news source.

However, some thieves have used non-mobile methods to obtain data illegally and cash in on the smartphone craze. In a series of recent identity thefts, scammers used stolen information to defraud mobile phone providers, compromising the consumer credit data of victims.

According to Forbes, a ring of identity thieves in Michigan obtained thousands of phones from several major cellular service firms and retail stores. The United States Secret Service had been investigating the case for months when they caught the scammers on camera in a store in Taylor, Mich.

The suspects left iPhone boxes and shopping bags behind after receiving a large sum of cash from a clerk in exchange for the products, the news source said. Inside the bags were receipts from various smartphone-carrying outlets, as well as for phones shipped by providers to Michigan residents. Investigators also found subscriber identity module (SIM) cards and surmised that these were used to hack and activate the phones so that they could be sold elsewhere.

A variety of techniques appeared to have been used to perpetrate the scams. Forbes reported that the suspects sometimes took over existing accounts by answering security questions based on information contained in public records and were thereby able to add new cell lines. The ring also used stolen identities to open new accounts in the victims' names.

Upon investigation, the bank account of the store in question was revealed to have received $6.9 million in recent inbound wire transfers and had sent $3.3 million out, the source noted.

Fox 6 News reported that one of the mobile provider's stores located in Waukesha, Wisc., called in a fraud-in-progress to local police, as two men attempted to buy new phones under other customers' names.

The suspects appeared to be involved in a Chicago-based fraud ring that had been previously brought to the attention of the store's managers by the company's corporate security wing, the news source wrote. Thieves in the ring used stolen Social Security numbers to take over Verizon accounts, deactivate the rightful users' current devices and transfer service to new phones. Three suspects have been charged in the crimes, but the size of the fraud ring remains unknown.

In the wake of the scams, businesses in highly-trafficked sectors like the mobile phone industry might consider revisiting their ID verification policies and whether the solutions they currently use to protect against fraud are as strong as they should be. With customers' consumer credit reports at stake, companies only stand to gain by taking proactive measures to defend against fraud.