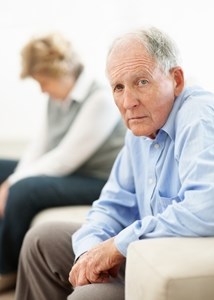 Identity theft occurs nearly every day in the United States, and one of the biggest targets of these criminals is senior citizens.

After an identity is stolen, many criminals attempt to open new lines of credit to access illegal funds. That being said, short term lenders need to be the first line of defense against these types of crimes, as they can potentially prevent these incidents from happening.

One scam that a number of criminals have used in the past is to pose a someone who works for Medicare.

One woman in Washington was recently targeted when she got a phone call from a scam artist who requested her personal information to issue new Medicare cards, according to KomoNews.com.

The woman believed it was a legitimate query, given all of the recent news about changes in senior benefits, and the fact that her Medicare card was in rough shape. She told the news source that the man on the other line knew her name, address and the first five digits of her Social Security number, and wanted to confirm her age and birth date.

Half asleep, she didn't think much of it until the man posing as a Medicare worker asked for her bank account number.

"I didn't wake up totally until I got clear down to the last part of it where he wanted my bank account number," she told the source. "I said, 'Wait a minute. I am not comfortable with this. I do not like it, and I am not going to speak to any of your supervisors or anything else.' And I hung up."

Regulators attempt to educate seniors about identity theft
With older Americans frequently being targeted by identity thieves, the Federal Trade Commission has stepped up its efforts to educate the senior population about this type of crime.

The FTC recently held a workshop on senior identity theft, and Howard County will hold a forum to cover the topic, the Baltimore Sun Reported.

"Seniors are targeted because they have more disposable income," Rebecca Bowman, administrator of Howard County's Office of Consumer Affairs, told the newspaper. "Many of them have very good credit histories and so the ID thieves will go after seniors because the benefits they reap can be substantial."

Oftentimes, being the victim of identity theft can have an impact on peoples' credit scores, which can prevent them from being able to secure a traditional loan. Alternative finance companies can be of assistance in these times, as short term lenders don't typically use normal credit scores to approve applications.