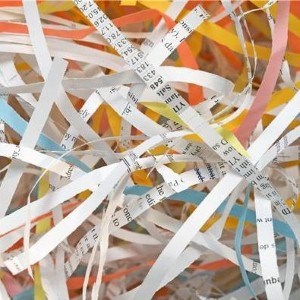 Many people don't realize they've become the victims of identity theft until it's too late and their personal finances have been affected. Sometimes they receive bills in the mail for purchases they didn't make or are pursued by debt collection agents. They then have to work with law enforcement officials, lenders, companies and credit bureaus to set things right again. Other times, however, the criminals go after someone who can't fight the charges - the dead. There have been numerous stories in the news lately about individuals who are being arrested for making fraudulent purchases in a deceased person's name. New Jersey man practices dentistry using false ID
Roben Brookhim was arrested recently after authorities found he had assumed the identity of a deceased New Jersey dentist. Though Dr. James Kirkland passed on in 2011, the Statehouse Bureau reported, Brookhim was able to work under his license, as it does not expire until 2013, having been renewed the day before he died last year. Brookhim had his own license to practice revoked in 2004 after being accused of multiple counts of insurance fraud, the news provider noted. He's now facing identity theft, healthcare claims fraud and the unlicensed practice of dentistry, the Statehouse Bureau noted. Baby affected in Pennsylvania
Recently, according to The Associated Press, Raymond Buck was arrested for attempting to take out another state identification card using the name of a baby, Wesley Glagnola, who died in 1953. Buck was caught after employees at the Pennsylvania Department of Transportation used facial recognition software when he attempted to take out the card. He was identified as Raymond Buck, not Glagnola, the source said, and the provided birth dates did not match up. The source said Buck had gotten a duplicate birth certificate in Glagnola's name in 1994 and filed papers that said he changed his name to Buck. The AP said he was also in possession of a Social Security card and driver's license in the dead boy's name. Lenders, insurance companies and other businesses can protect themselves and the victims by investing in ID verification solutions. There are many tools available that can help administrators determine if an individual is who they say they are. For instance, Microbilt offers ID Authenticate, which provides companies with questions to ask the person. They have to answer queries like what state their Social Security card was issued in and what car they own to prove their identity.
ID Verification