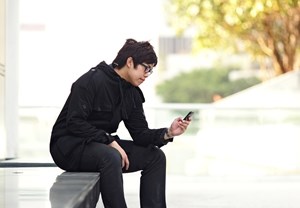 Identity theft is diversifying. No longer is the crime relegated to traditional modes of communication such as mail or even the computer. Now, individuals are finding their sensitive information compromised via phone communications.

Recently, the New York State Division of Consumer Protection warned the public to be on the lookout for text messages purporting to be sent from financial institutions, utility companies or cellphone service providers. The messages direct recipients to click on an embedded link or call a specified number that then prompts them to share information such as Social Security numbers or PINs.

This relatively new form of identity theft has prompted the creation of a new term: "smishing," which is an amalgamation of the channel employed, Short Message Service (SMS) and "phishing."

The Division of Consumer Protection has advised members of the public not to reply to any unsolicited texts from their bank or service providers and, if they do, to forward them to 7726 (SPAM), which instructs phone service providers to block a specific number.

New York State isn't the only entity warning against the increasing incidence of smishing. Last month, both the Better Business Bureau and T-Mobile issued statements advising consumers to be wary of unprompted texts from service providers, Main Street reports.