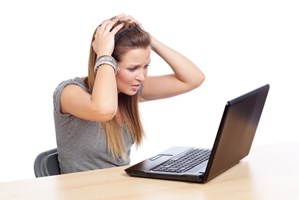 Consumer credit data is surely far from the minds of freshman as they begin their stays at universities, but that may soon be changing. The Better Business Bureau (BBB) recently exhorted college students to keep better tabs on their sensitive information, as statistics released by the Federal Trade Commission (FTC) revealed the demographic to be the most at risk of identity theft.

What makes students uniquely vulnerable is their multifaceted social lives that hinge on often poorly-secured technology.

"People at the highest risk were those who have public social media profiles and smartphone users who don't have a password on their phones," the BBB said in reference to statistics published by the FTC. "College students fit that demographic perfectly because they fall in an age range which uses both social media and smartphones heavily."

Recent events in California are proving the BBB's admonitions to be well founded. According to The California Aggie, thieves in Davis, Calif., made $600 in fraudulent purchases in the span of 20 minutes after stealing a university sophomore's wallet from her car. Luckily, the student was able to have the stolen money refunded after contacting her bank.

The news source reported that in another incident, a thief committed wire fraud by posing as an incoming student looking for housing and asking an unsuspecting prospective roommate to refund a portion of the first month's rent check. After the student wired the money, there was no way it could be retrieved.

How businesses can help

In light of such abuses, credit bureaus and short term lenders might consider adopting more rigorous practices to verify the identities of potential borrowers.

Some organizations are helping to increase awareness by encouraging students to be vigilant in protecting their privacy. A Stamford, Conn.-based security solutions provider recently released a set of best practices for college attendees to protect against identity theft. The group recommended students avoid entering identifying or payment-related data into websites on unsecured public Wi-Fi networks, as well as not sharing computer login passwords with fellow students and ensuring that their smartphones are password-protected so that thieves can't take over their identities via lost or stolen devices.

Given the vulnerability of their customer base, businesses in college and university towns should consider strengthening the practices and tools by which they verify the identity of those who make credit card purchases, as one fraudulent swipe too many may mean real damage to a victim's consumer credit report.