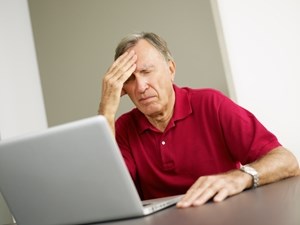 Identity theft continues to be one of the most dangerous and widespread issues facing individuals and businesses in the United States, as the Federal Trade Commission recently announced that it was the subject of the most complaints in 2012. Several other reports verify that hundreds of thousands of individuals are negatively affected by identity theft every year, while the scope of impact continues to broaden.

Corporate identity theft has also been a major issue in recent years, as hackers can use a relatively small amount of information to steal massive amounts of finances and tarnish business reputations. What's more, the federal government and state law enforcement agencies have had much difficulty passing effective legislation and quashing the crime, as identity thieves continue to outpace regulatory entities.

This illustrates the need for proper internal ID verification practices, as theft can be extremely costly for businesses of all sizes. Whether a customer's identity is stolen because of shoddy verification practices, or the company loses sensitive information to criminals, businesses often incur massive losses, both financially and regarding reputation, following an associated issue.

Javelin Strategy and Research recently released a new report that revealed identity theft increased substantially last year, affecting more than 12 million individuals globally in 2012. This represented a rise of more than one million victims, while thieves stole more than $21 billion last year, which is the highest such total since 2009.

According to the firm, there is roughly one new victim every three seconds in the United States, with 12.6 million people being affected in the past 12 months. While the number of data breaches has also increased in the past year, businesses seem to be better at minimizing the damages incurred following an attack, as quicker response times led to lower mean costs per victim.

For example, in 2009, $31.4 billion was stolen from 13.9 million sufferers, whereas $20.9 billion was stolen from 12.6 million victims last year. Still, Javelin Strategy and Research noted that the number of victims and total incurred losses both increased between 2011 and 2012, and more stringent and effective security protocols need to be implemented.

The firm found that one in four recipients of a data breach notification became an identity fraud victim in 2012, which is the highest rate since 2010. Companies need to be especially careful when handling staff and customer Social Security numbers, as individuals who lost this information were five times more likely to become identity theft victims than the rest of the population.

Small business owners need to refine security practices more so than others, as the report indicated that 15 percent of fraud victims decided to stop shopping with online or small merchants as a result of the identity theft. Javelin noted that this was the highest percentage of any class of retailer.

Finally, the report found that more than half of victims in 2012 were using financial alerts, credit monitoring and other protections to detect issues more quickly, leading to smaller losses.

Massive ring quashed
Komo News recently reported that law enforcement officials in Bellevue, Washington, broke up a suspected identity theft ring, and found hundreds of credit cards, driver's licenses, passports and other sensitive documents the criminals used to steal from victims. According to the news provider, this specific network was relatively unsophisticated, but is believed to have affected hundreds of individuals around the Seattle and Puget Sound regions of the state.

The source added that this was the latest successful bust of an identity theft for law enforcement in the area, as officials recently made several arrests related to mail theft.