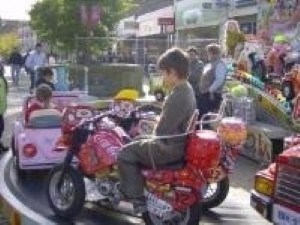 For both businesses and consumers, keeping an identity secure and out of the hands of criminal element is becoming increasingly important. The ramifications of having a weak ID verification system can be significant and will often force those involved to change information that has been compromised. Organizations throughout the United States have been established to combat the ongoing issue in hopes of giving companies and consumers the tools necessary to handle the situation should it arise. One nonprofit group that seeks to aid victims of ID theft is the Identity Theft Council. The group made headlines recently after announcing the first-ever Junior Counselor Program at Abraham Lincoln High School in San Francisco. The ITC announced that more than 120 students at the Sunset District school had signed up for an identity theft awareness and advocacy program that helps them look for signs that security may have been compromised. According to many on the council, young people are easy marks for those who want to use their information for personal gain. Companies can become unwilling accomplices in these schemes if they don't have the right security measures in place. The founder and executive director of the ITC, Neal O'Farrell, said that children and parents needed to know ways to protect themselves. "Children and teens are prime targets for identity theft because they have clean credit records and unblemished finances," said O'Farrell. "That is exactly why it is so important for parents and their children to have an understanding of the risks and threats of identity fraud. By becoming more aware of the connection between identity theft and everyday life, students can become messengers and advocates in the fight against identity theft, in their local communities." Recent studies have highlighted the need for young people to pay more attention to ID theft. A report by Carnegie Mellon's CyLab that looked at identity scans of 42,232 children revealed that 4,311 had had their Social Security number stolen and that 1,766 had been linked to utility service records. The youngest ID theft victim in the study was just five months old, and there were 303 child victims who were under the age of five.
ID Verification