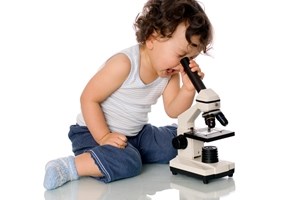 Identity theft continues to be one of the most widespread crimes in the United States and abroad, while many experts have argued that defenses are progressing too slowly to make any type of difference in the effort to curb the issue. Thieves continue to mix older, simpler tactics such as stealing snail mail to gather sensitive information with highly advanced strategies involving computer hacking and phishing.

Regardless of the proliferation of threats, though, companies can make a big difference by taking ownership of the problem and implementing more stringent ID verification and data security protocols. The fight against this crime must begin at the ground level, with more consumers, businesses and local communities becoming aware of the threat and how to avoid victimization.

Now, states and the federal government are working on plans to reduce identity theft related to young children and job seekers.

Wisconsin Public Radio recently reported that the State Assembly is looking to pass a new piece of legislation that will help parents take a more progressive approach to protecting their children's identities. Identity thieves have been targeting young children, many of which are not even teenagers yet, and ruining their credit scores before they ever open a bank account.

This has been such a big issue because of how little knowledge the average parent has regarding the risk, and will often not notice that their child's identity has been stolen until way later in life, typically when it comes time to take out college loans. According to the news provider, one of the bill's sponsors asserted that the root of the problem might be the fact that children have Social Security numbers far earlier in life than in the past.

"Now people obtain Social Security numbers for their children pretty much immediately after birth, and so you have a really wide window there when people can steal that credit and abuse it," Greendale, Wisc., Republican Jeff Stone told the source. "It's really unlikely to go checked by parents."

Looking for a job, finding trouble
The Kansas City Star recently explained that job seekers are starting to become some of the favorite targets of identity thieves, especially since these individuals will give out their Social Security numbers and other personal information each time they apply for a new position. According to the source, the problem is made even more intense by the volume of job applications that now take place over the Internet.

Job seekers need to ensure that they are careful with the amount of information they disclose, and choose which companies to share that data with carefully. On the other hand, employers need to take more progressive steps to ensure that all current and prospective employees' personal information is safeguarded from identity thieves, as stolen data can lead to financial losses and hurt reputations.