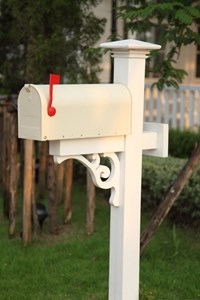 Identity thieves have expanded upon their traditional tactics to steal personal information, though this does not mean that the old games are not still in play. Rather, classic types of actions continue to be the most effective for these criminals, especially those that target the elderly, adolescents and snail mail services.

Organizations need to go the extra mile when it comes to ID verification, data security and accounts oversight, as many instances of the crime could be either avoided or minimized when the right practices are in place. This includes protecting any personal information of employees, clients and vendors, as well as corporate financial data that could be used to compromise an identity.

Experts are calling for more widespread awareness regarding identity theft, as many individuals do not know the risks of the crime nor how to protect themselves from the criminals who carry it out. Businesses should likewise educate all employees in the best practices of information security and management to avoid becoming the source of a major loss.

Fox 6 Milwaukee recently reported that employees of the United States Postal Service, including Postal Inspectors, have warned homeowners about a continued issue with identity thieves stealing parcels from mailboxes. This tactic, as well as dumpster diving for potentially sensitive documents, has long been among the most popular methods of stealing identities.

While the digital age has led to even more potential channels which thieves can pass through to find personal and corporate information, the older tactics are still the most successful. According to the news provider, U.S. Postal Inspector Cecil Frank issued a statement to citizens in Wisconsin that implored them to regularly check their credit card statements and be more mindful when sharing information over the phone.

Many of the most damaging instances of identity theft occur when the victim does not regularly review his or her credit report and other financial documents. On the other hand, many cases are uncovered by businesses and consumers when they are in the process of applying for financing of some type, such as for a loan or credit card, and are denied.

The source cited one identity theft ring that was allegedly run by an individual who would get a little information from mail, then call the victim and ask for credit card numbers. Those who received the calls would then disclose that information, which the ringleader would disburse to accomplices. The accomplices would then use the credit cards fraudulently.

Much like the Consumer Financial Protection Bureau and other regulators have suggested, businesses and consumers need to completely avoid giving out financial information over the phone before verifying the identity of the caller.

Seniors beware
The Florida Times-Union recently reported that senior citizens in the Sunshine State continue to be targeted by identity thieves. Criminals often target very young individuals, as well as older consumers and small businesses, for the same general reasons. The most paramount catalyst for this crime is the general lack of awareness and security these groups have related to ID verification and information protection.

The news provider explained that seniors need to be more careful with sending checks through the mail, as well as automated clearinghouse payments that are conducted regularly. Any of these types of information transfers include more than enough information for a criminal to use to steal the victim's identity.

Businesses also need to be mindful of snail mail, solicitation calls and other common channels criminals use to steal information. All employees should be taught the best practices of ID verification and data security to avoid victimization.