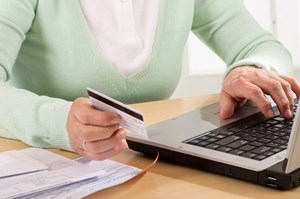 Identity thieves have become more active then ever before, with the prevalence and volume of associated damages continuing to rise year in and year out. Electronic payments and the general digitization of a growing majority of documents and records containing personal or corporate information might be at the center of these issues, while businesses need to improve ID verification and data security standards to minimize the associated risks.

In 2012, the Identity Theft Resource Center recorded a total of 470 data breaches that led to nearly 17.5 million compromised sensitive records. Businesses were responsible for roughly 26 percent of all records lost, with more than 4.6 million, and 36.4 percent of the number of total breaches, with 171, illustrating the growing need for better ID verification and information governance policies.

What's more, through June 11 of this year, businesses have already fell victim to 93 data breaches leading to nearly 2.8 million compromised records. Though regulators and law enforcement officials have increased efforts to deter the crime, companies remain the best defense against these issues on a case-by-case basis.

The Baltimore Sun recently reported that elderly consumers represent one of the most popular groups for cyber criminals to target today, especially as they are viewed as more vulnerable and profitable. As a result, the Federal Trade Commission, Better Business Bureau, Federal Bureau of Investigation and a variety of other regulatory and law enforcement entities have increased efforts to educate individuals in the crime.

According to the news provider, persons above the age of 60 filed roughly 19 percent of all complaints fielded by the FTC related to identity theft in 2012. This represents more than 52,600 total instances of either suspected or proven identity theft to hit only one demographic, and was also substantially higher than the numbers recorded in 2011.

"Seniors are targeted because they have more disposable income," Rebecca Bowman, administrator of Howard County's Office of Consumer Affairs in Maryland, told the source. "Many of them have very good credit histories and so the ID thieves will go after seniors because the benefits they reap can be substantial."

Advocacy groups, such as the American Association of Retired Persons, have also increased efforts to educate seniors in the best practices of avoiding identity theft. The Baltimore Sun explained that these rising cyber crime rates indicate that thieves are largely shifting from physical attacks to digital ones, riding the wave of more popular electronic payment processing.

"It's such an issue there that all these criminals have stopped mugging people on the streets and are now switching their knives and guns for laptops and Wi-Fi connections," explained Neal Waters of AARP, according to the source.

Best practices of ID protection for businesses
Much in the way that the elderly are becoming more common targets of identity thieves, small businesses have also experienced increasing numbers of attacks and volume of incurred financial losses in recent years. Executives and managers need to ensure that all staff members understand the best practices of ID verification, while also maintaining stringent oversight of all operations related to data management and money transfers.

Businesses should regularly check their credit scores, and potentially use alternative sources for the information, to identify irregularities earlier. Long term business identity theft, as well as attacks that last for years without a consumer knowing, tend to be the most damaging.

Additionally, companies can access a variety of resources to improve their data security standards, and should do so especially when launching an electronic payments strategy, such as the use of ACH cards for payroll.