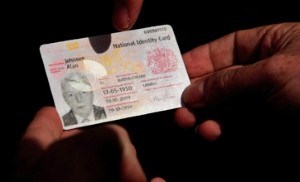 Jessica Saiz is facing a long list of charges after she was arrested last week by Albuquerque, New Mexico, police for allegedly running an identity theft ring that involved around 24 other individuals, KASA-TV reports. Saiz was targeted by the Secret Service, which told the news source that she had been avoiding capture by moving from hotel to hotel and staying under aliases. KRQE-TV notes that at the time of her seizure, Saiz was found to have stolen credit cards and personal checks on her person. She had been facing more than 150 counts of identity theft, fraud, racketeering and conspiracy in a grand jury indictment. The police's findings likely mean more charges will be tacked on. According to KASA, Saiz and her cohorts would create fraudulent checks by stealing information from mailboxes, cars and businesses, and cashing them without proper identity verification. Saiz's bail is currently set at $100,000 for the grand jury indictment, and $50,000 for the additional findings that came with her arrest.
ID Verification